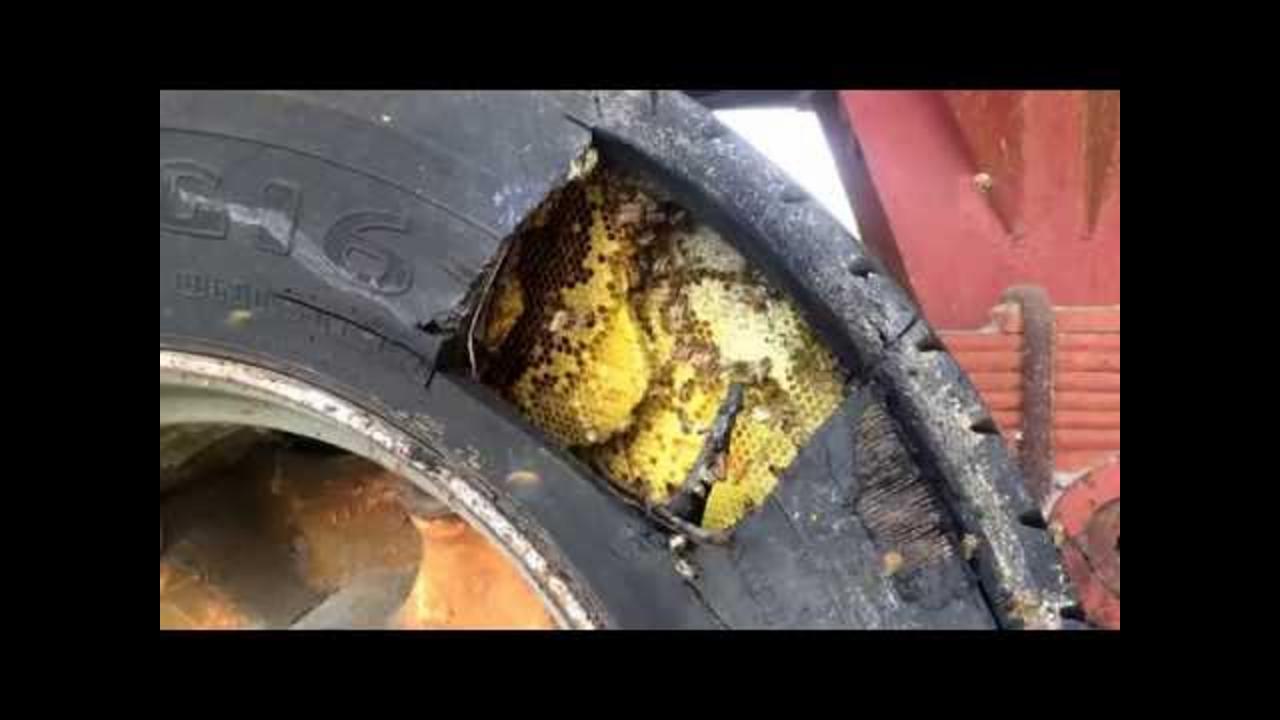 You might have had a flat tire or two in your lifetime, but that's nothing compared to the battle one man recently faced while attempting to get his vehicle up-and-running.

Upon discovering that a colony of bees had made themselves at home inside his trailer tire, the man in question gave a call to the only person he knew could help him out: local bee conservationist, Tom Brueggan.

As captured on video, Brueggan singlehandedly takes on the mob of stingers using only a saw, gloves, a non-toxic bee-remover and his bare hands. His mission? Safely remove the bees without any need for extermination.

According to the video's description, "These bees were also very docile. I didn't take my veil off, but that's because they were flying in around my head the entire time."

After he removes bits of the colony's honeycomb, piece by piece, Brueggan realizes that although they have disbanded, they won't go anywhere without their queen, whom he eventually spots and captures.

Impressively, he managed to complete a large portion of the removal without gloves on, bringing us to the conclusion that he might actually be the world's most gifted bee whisperer.

RELATED: Pesticide-makers point to other culprits in bee die-offs

NTP: Pesticide-makers point to other culprits in bee die-offs
Up Next

More from AOL.com:
Snap-arazzi: Best celeb Snapchats of the week (6/10 - 6/16)
Playing the Field: Former Georgia football player Josh Murray not giving up on love
This guy landed a job at 'GQ' without an interview, thanks to a 20-page magazine-style resume