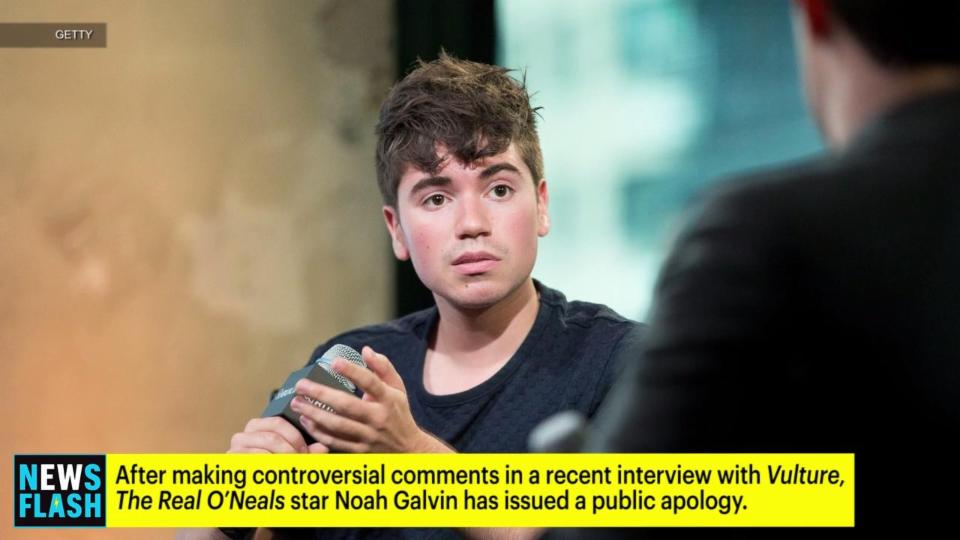 Can a press interview gone bad kill a television show?

On June 9, Noah Galvin, the openly gay star of ABC's The Real O'Neals — a coming-of-age sitcom about a gay Chicago teen and his conservative family — gave a brutally frank interview to New York magazine's Vulture blog about Hollywood's "glass closet." In it, Galvin, 22, described another gay actor, Colton Haynes, as "the worst" and Haynes' recent coming out as "f—ing pussy bullshit"; called Eric Stonestreet's Emmy-winning performance as a gay dad on Modern Family "a caricature of a caricature"; and, most controversially, targeted Bryan Singer with a comment about underaged boys that later was stricken from the story after the X-Men director's lawyers intervened.

Sources with knowledge of the events say ABC was blindsided by the interview, which was set up by Galvin's personal publicist, Maria Candida, as part of an Emmy push for the young star. (She declined comment.) Galvin quickly apologized for his "brazen and hurtful comments" on Twitter, but how all of this bad press affects the low-rated bubble series — which, after an "abusive" waiting period (Galvin's word), was renewed by the network May 12 — remains to be seen. As the controversy raged, the specter of a reduced episode order arose at ABC, according to one source. An executive producer who had spent four years getting the series on the air was "begging the network not to take action," says this source. (Reps for ABC declined comment on the situation.)

And this was not the first such incident involving the actor's behavior. Insiders say Galvin — a New York native who had only a couple of small acting credits before landing the starring role on Real O'Neals, which is based on sex columnist Dan Savage's childhood — has been warned multiple times about matters of "ego and entitlement." One show source says the set likely will be awkward when the cast returns to film season two later this summer: "He caused a grade-A shit show. ABC screamed at him all afternoon."

This story first appeared in the June 24 issue of The Hollywood Reporter magazine. To receive the magazine, click here to subscribe.

Check out more from Noah in the gallery below.

Discover More Like This
HIDE CAPTION
SHOW CAPTION
of
SEE ALL
BACK TO SLIDE
​
More on AOL Entertainment:
Miley Cyrus and Liam Hemsworth hold hands on NYC date night -- see the pics!
Justin Bieber is trying to shut down a website
Kim Kardashian poses completely nude on her first cover of GQ
Tags
Read Full Story