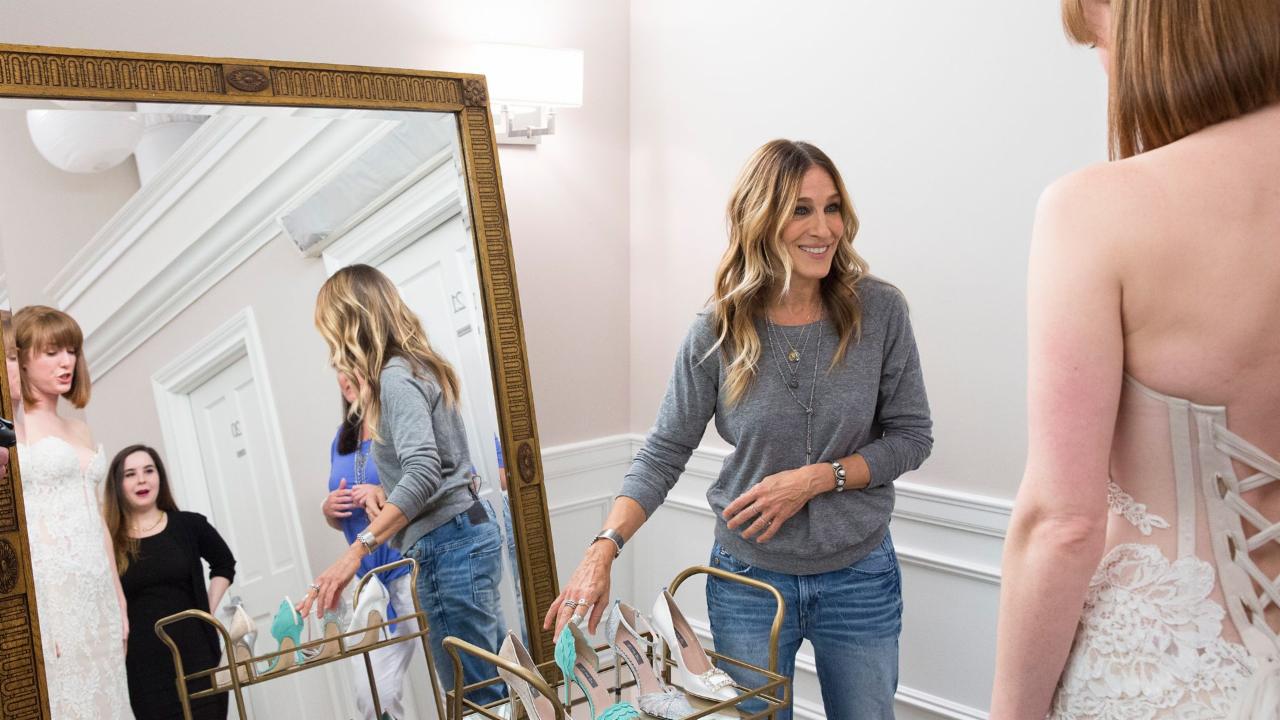 Choosing your wedding gown is difficult enough when you're a bride-to-be, but choosing your perfect shoes to match, too? That's nearly impossible.

But the process of choosing footwear for their big day was made easier for three unsuspecting future brides who, upon a recent trip to famed bridal shop, Kleinfeld Bridal in New York City, were surprised by the ultimate shoe expert, Sarah Jessica Parker.

Taylor-Rey, Hilary and Kaitlin were all being filmed during separate fittings at the iconic store for Brides magazine when they were surprised by SJP with a shoe cart full of cute shoes from her SJP shoe collection.

Watch the video above to see the whole thing go down -- their faces when they see Parker are absolutely priceless.

RELATED: See photos of Sarah Jessica Parker through the years: