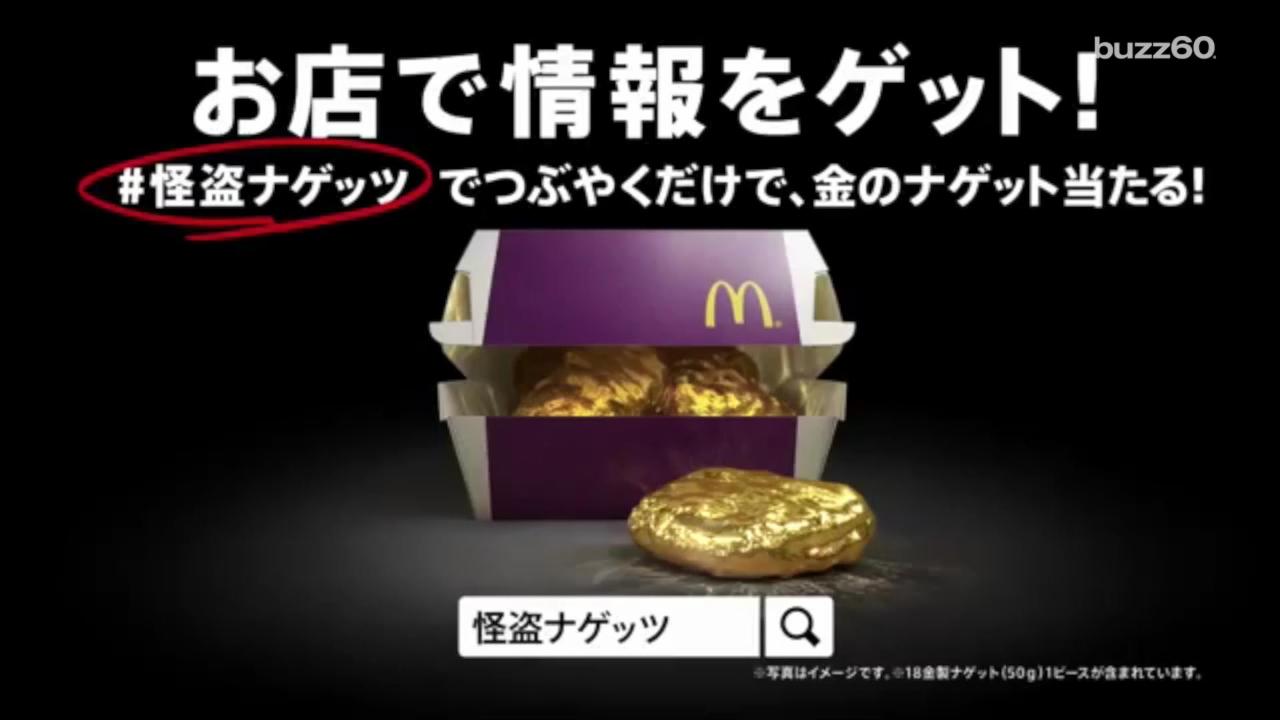 McDonald's McNuggets are no doubt a brand staple: delicious, warm, crispy and, now, they're golden! Literally.

McDonald's Japan is taking a page out of Willy Wonka's book and packaging one golden nugget in a lucky winner's bag.

Well, the word "lucky" is subjective: the nugget is not edible, and the diner will be shorted one nugget.

However, it is worth about $1,500, which could buy a month's worth of nuggets.

The promotion is to celebrate several different McDonald's-related things. One cause is the introduction of two new dipping sauces: fruit cherry and creamy cheese.

To look for the golden nugget, simply follow McDonald's Japan on Twitter, and pay close attention to the clues the company is tweeting.

If you're just looking for some chicken in Japan, be careful before you chomp down on your next 4-piece. It could land you in the dentist's chair.

More from AOL.com:
Teen's dirt bike prank in school hallways ends with an arrest after he runs over student's foot
'Live With Kelly' may be looking for female co-host
'Big Bang Theory' star says next season could be their last