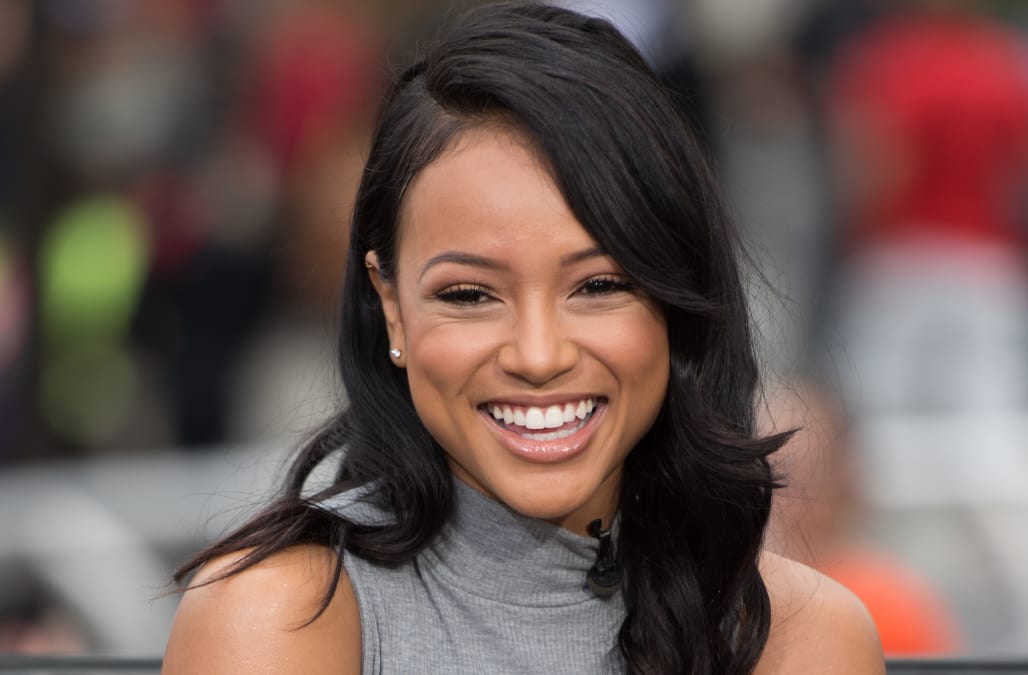 Karrueche Tran may be a relative newcomer into the acting industry, but trust us, you don't want to underestimate her. The young model and actress already has an Emmy Award under her belt for her digital series "The Bay." Not to mention, she's proving she can hold her own amongst some of Hollywood's most seasoned professionals. Tran acted alongside critically-acclaimed actor Clifton Powell in her film "A Weekend with the Family" and "X-Men" star Shawn Ashmore in her go90 series "Relationship Status" -- just to name a few.

Tran's meteoric rise to success is just as surprising to her as to anyone else. Starting her career as a personal stylist in 2012, Tran's talents quickly transcended the fashion realm. Although still a focus in her life -- Karrueche has nabbed top spots on Best Dressed lists from events spanning Coachella to the BET Awards -- Tran has been carving out a career in the entertainment business. She even has created a viral YouTube channel that can show viewers her off-screen talents, including makeup application and food tutorials. Just call her a modern-day Renaissance woman.

On the heels of her major Emmy win, we sat down with the actress of the hour to talk about her burgeoning career, the best piece of advice she's ever received, and the actress that she most admires in the industry.

And for even more Karrueche Tran news, head over to AOL.com at 12 p.m. ET for more exclusive features, including her responses to our 33 rapid fire questions!

First of all, congrats on the Emmy! What was that like for you?
It still hasn't hit me. I think once I have the statue in my house I'll think it's real.

For being in the industry for almost two years now it's amazing.
Yeah! It's a complete blessing.

When did you realize that you wanted to be an actor?
I didn't grow up wanting to be an actor. It's something that fell into my lap. I was at a point in my life where I was trying to figure out my next move. I wanted to focus on myself and I began working with my manager and he brought forth this acting opportunity. And I really didn't know what to do. I'm shy sometimes and I didn't think I could do it. But then I weighed out all my options and I decided to take a small role in a film and from there it sparked my interest. It's not easy at all and it's rough for me because my peers, other actors, have been doing it since they were like two! They have so much more experience than I do. It's hard but it pushes me to work harder and work with my acting coach to get better every day.

How did you first get involved with "The Bay"?
"The Bay" was one of my first auditions. I ended up not getting the original role I auditioned. But the director Gregori Martin liked me so he wanted to use me for a different role. He brought back an old character from seasons before, Vivian, who was gone for a while. At the time she was away in college, so he brought her back and wrote me into the script. I'm so happy that me and him crossed paths and I went to that audition. It was so early in my career and he still saw something in me, and believed in me, and here I am with an Emmy! It's a blessing and I think everything happens for a reason. I think there was a reason why I was supposed to go to that audition. And there's a reason why he brought the character back into the script.

What's the biggest thing you've learned about acting since you've started?
I would say that I learned from Clifton Powell, who I just did the movie "A Weekend with the Family" with, who told me that "Always stay on your A-game, always stay in classes." And I think that's very important because sometimes you can get lost in being too comfortable. It's important to be on top of your work, because you can always grow and progress. So I've always kept that in the back of my mind.

Who are the actors or actresses you look up to?
I always say Halle Berry because it's Halle Berry, come on! But her growth as an actor is amazing. And she started off of as a model as well. She did roles here and there and explored in genres. I want to do the same thing.

You're also in "Relationship Status" which is a big-name ensemble cast. What was that like for you?It was very different because there was so many of us. It was great to be a part of a cast where people are from "Pretty Little Liars" and "Hit the Floor" and so many other great shows. And it's really funny and I love how current it is with relationships and dating. I think people can relate to the show, especially when it comes to the ups and downs of dating via social media. I'm really happy to be a part of that cast. And I think it's great that everyone is watching shows and movies on their phones and iPads, so this show is a more convenient viewing process for people who are already do that, since it's streamed from go90.

YouShouldKnow is a feature that showcases up-and-coming social stars. To see more of past interviews, click here. And come back at 12 pm EST for more exclusives on Karreuche Tran​, including her rapid fire answers.

For more past YouShouldKnow stars, scroll through the gallery below: