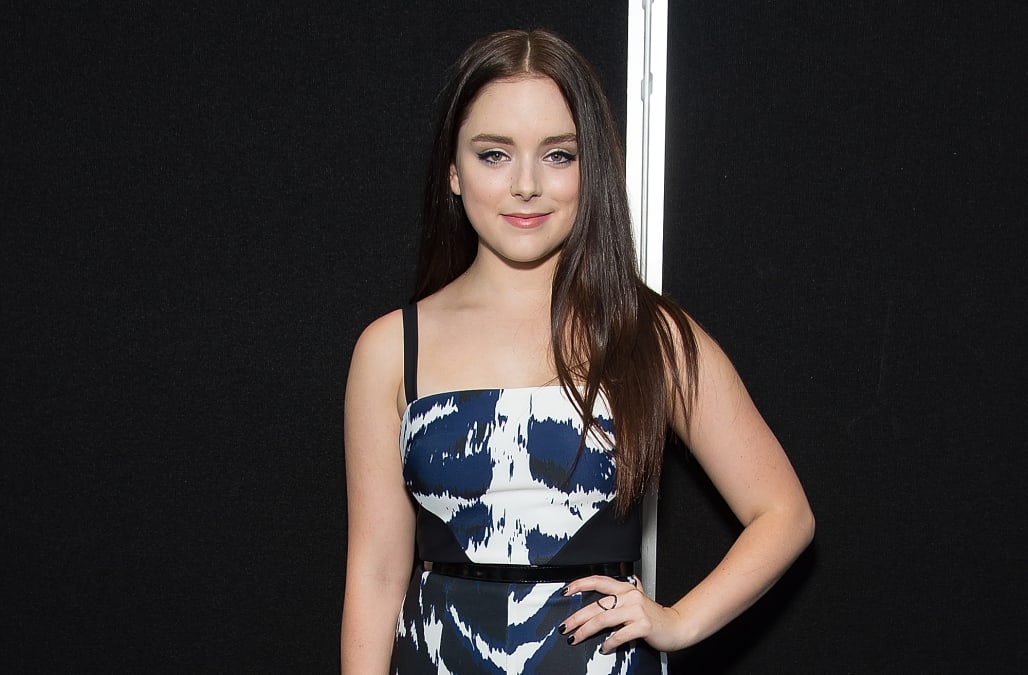 Madison Davenport may still technically be a teenager, but her resume can rival even the most seasoned adult actors. From "Shameless" to "Sisters" to "From Dusk till Dawn," Davenport's genre-transcending performances prove that she's a force to be reckoned with in young Hollywood. It's the reason why the young actress was recently honored with the Vail Film Festival Rising Star Award.

Her latest starring film performance is no exception to her incredible track record. Just this past weekend, Davenport's newest feature "A Light Beneath Their Feet" premiered. The coming-of-age film follows Beth (played by Davenport) as she struggles between going to her dream school UCLA or staying close to home to take care of her bipolar mother Gloria (Taryn Manning). It's an authentic and raw portrayal of the complications that arise with this sensitive mother-daughter relationship and the unconditional love that bonds two people together, no matter what hardships they face.

The film serves as a poignant reminder for viewers to acknowledge the humanness that lies behind mental illness. And Davenport's complex performance was pivotal to creating that message. If her career continues on the path she's on now, Davenport will soon be a household name.

So before she dominates screens and red carpets everywhere, get to know Madison Davenport on a more personal level. We recently spoke with the rising star about her meteoric career, where her love of performing first began, and her most memorable moment while on set of "A Light Beneath Their feet."

And for even more Madison Davenport news, head over to AOL.com at 12 p.m. ET for more exclusive features, including the biggest thing she learned from Taryn Manning while on set. 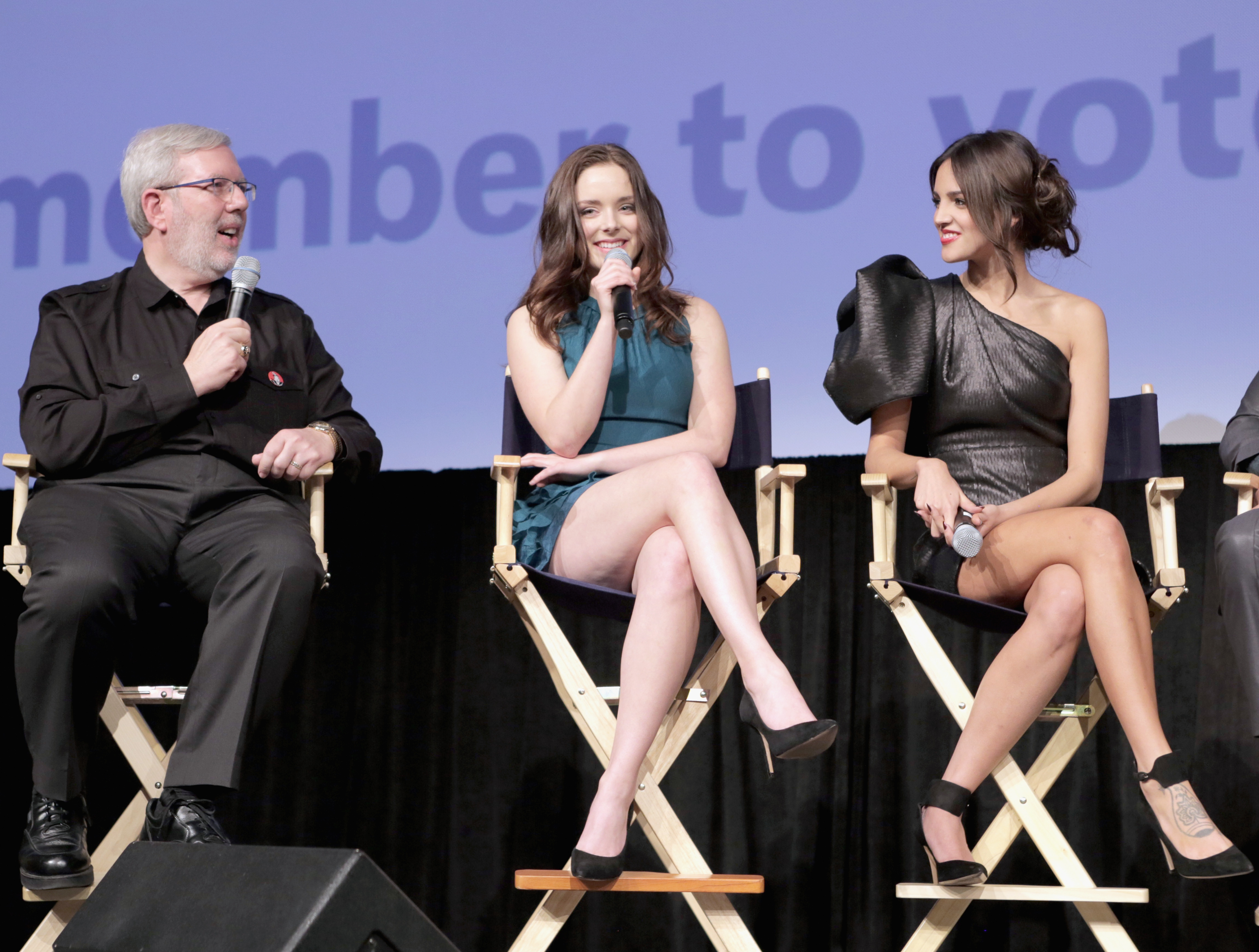 When did you first realize that you wanted to be a performer?
I did gymnastics and ballet and all the typical "girl" things growing up. But I was that kid who do stare at myself in a mirror and in gymnastics I would always take water breaks and pretend to be fainting. At one point, one of my best friend's mom looked at mine and said, "Jennifer, I don't' think Madison likes gymnastics. All she does at practice is sit everyone else down to watch her sing and perform the little plays that she makes up."

I always knew. I loved to perform for people and make other people watch it. When I was five years old, my mom took me to a community theater and I started doing Broadway lessons. So it incorporated Broadway dance and singing. The first play I did was "Annie" and I was five years old and I played Molly.

When did you decide to make the jump into more television and film acting?
I started doing television film when I was seven. My mom and I came out to LA when I was seven after I was scouted by a talent agency. The first commercial I did, I thought, "I love this! I never want to do anything else." It was more like an after school hobby. So instead of going to soccer practice I'd go to an audition. When I was 14 and I had gotten into high school, I realized that it was my career and I wanted to do every aspect of the film industry. I want to be a writer and a director and a producer, but most of all I want to act.

What was the audition process like for you in "A Light Beneath Their Feet."
I was actually in Austin filming Season 2 -- actually Season 1 of "From Dusk Till Dawn." Wow, time flies. Anyways, I wasn't able to fly into LA to meet with Valerie Weiss (the director), so I did a Skype audition with her. Then it was really just a series of Skype auditions and chemistry reads and I ended up getting the role. From the moment I read the script, I knew that I loved the concept. It was a very sweet script and I felt it explored both sides of this mother-daughter relationship. I felt like it was very fair. There wasn't one side that had more importance than the other.

#throwbackthursday to @tarynmanning and I playing dress up in @alightbeneaththeirfeet . It was amazing to be able to play her daughter and to watch her portray bipolar depression with such passion. Love this woman! Love this film

How did you develop your character for this film?
This character was me! I was going through this time where I had to figure out if I even wanted to go to college. I tried to put a lot of myself into this character because I have great relationship with my mom. I don't want to say that she's my best friend because I feel like that implies she's not strict, but she is. She's my confidant and best friend. When I read the script that's how I thought Beth felt about her mom. Even though she suffers from bipolar disorder, her mom is still her best friend. They're crazy together and they love each other. Beth is also going through having a mother with bipolar disorder, so I knew I had to add the mania to my character as well. Because it is stressful having to be the care-taker of somebody. I tried to put myself in Beth's shoes. I was seventeen at the time and so was she, so I knew what that was like already. I just had to add in the fact that she is a caretaker to her mother on top on that.

YouShouldKnow is a feature that showcases up-and-coming social stars. To see more of past interviews, click here. And come back at 12 pm EST for more exclusives on Madison Davenport, including her favorite moment while on set.

To see past YouShouldKnow stars, scroll through the gallery below: