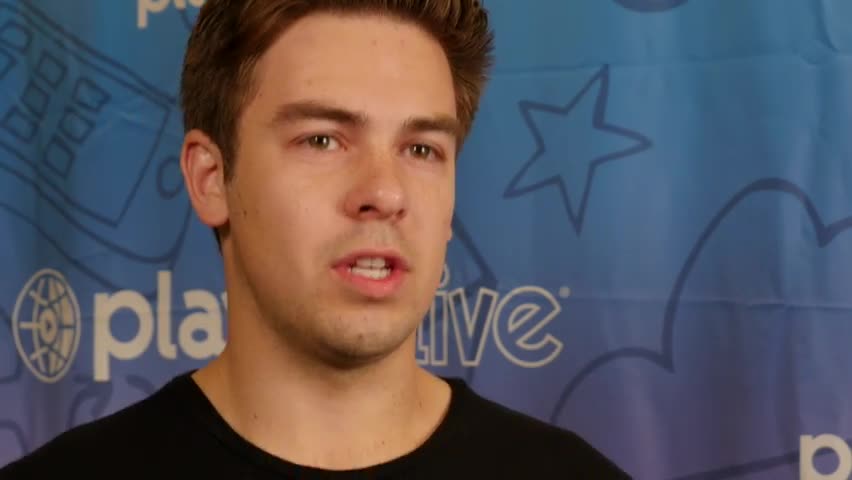 But Ko never expected this to be his full-time job.

"I got started in social media because I was bored and lonely, honestly," Ko told AOL.com at Playlist Live this past weekend in Orlando, Florida.

Playlist Live is an annual event where content creators and fans come together to form one massive social media meet-up.

Fans take Playlist Live seriously! Check out this line to enter an event at the convention:​

Although he originally started by making videos of "stupid, little ideas," Ko told AOL.com that he began taking social media more seriously when he realized how much attention he was getting from followers.

Watch the video above to hear from Cody Ko about his favorite part about being a social media celebrity.

See more photos from Playlist Live this year in the gallery below: