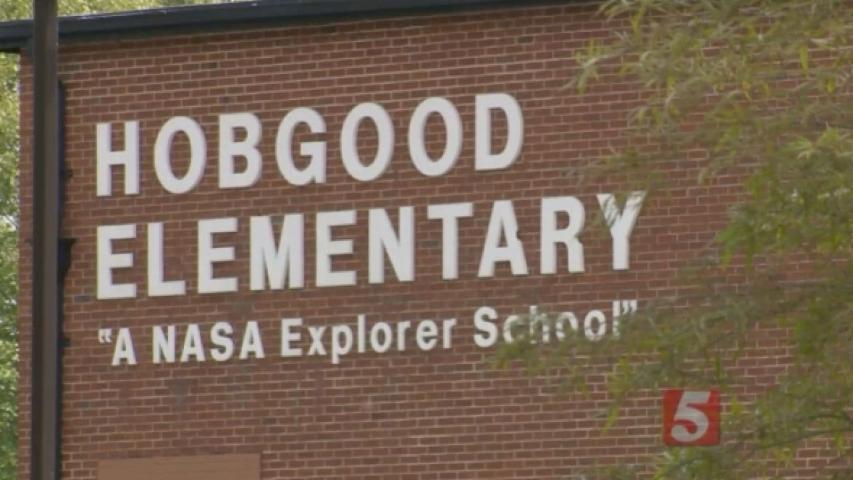 Lawmakers are calling for an investigation after at least five elementary school children were handcuffed and arrested last week in Murfreesboro, Tennessee.

It's unclear how many students were arrested, but reports say their ages range from 6 to 11 years old. They were charged with "criminal responsibility for the conduct of another."

Officials say the students failed to stop a fight that occurred several days earlier off campus.

Zacchaeus Crawford told the Daily News Journal three of his kids were arrested. "I'm just a concerned parent who wants to make sure the rights of my kids aren't being violated just because someone feels they can violate them," said Crawford.

See how people on social media are reacting to this story:

Lawmakers call for investigation after elementary students' arrests
So Murfreesboro PD arrested 6-10 year olds at an ELEMENTARY school for NOT intervening in a fight.
This is unbelievable ! First-graders cuffed, arrested, charged; Murfreesboro outraged https://t.co/WlDA0fu544 via @USATODAY
@USATODAY Ok I've read enough! WTF! That's absurd! To cuff children between ages of 6-11 for a fight that happened omg!
Where do we draw the line on this? There's a failure here somewhere. @usatoday
How would you feel if these were YOUR kids? Elementary schoolers arrested after cops see video of off-campus fight: https://t.co/RI4qOweLA0
@USATODAY they teaching kids the right way to act cuz some of their parents prolly don't do
@USATODAY This is most ridiculous thing I've ever heard. I hope all officers involved are fired and that parents sue and win. SMDH
@USATODAY I'm telling you government control will only be getting stronger and were slowly becoming a communist country.
@USATODAY this is disgraceful..... This is our police so proud of them...
What adult thought arresting a 6yr old for witnessing fight was smart? Apology needed fast #murfreesboro #karldurr
Up Next

Now, two Tennessee state lawmakers are calling for a federal and state investigation into the Murfreesboro Police.

"Under what circumstances is there a rational basis or a concern for public safety that you feel you would have to arrest an elementary-age child?" said Rep. John Ray Clemmons.

Officials have apologized for the incident but have not yet indicated if they intend to drop the charges. Crawford says his children are expected to appear in court in June.

More from AOL.com:
'The Daily Show' dug up a cringeworthy Donald Trump comment
Law enforcement still looking for head of decapitated body
The real-life 'Gone Girl' is 80, and terrifying