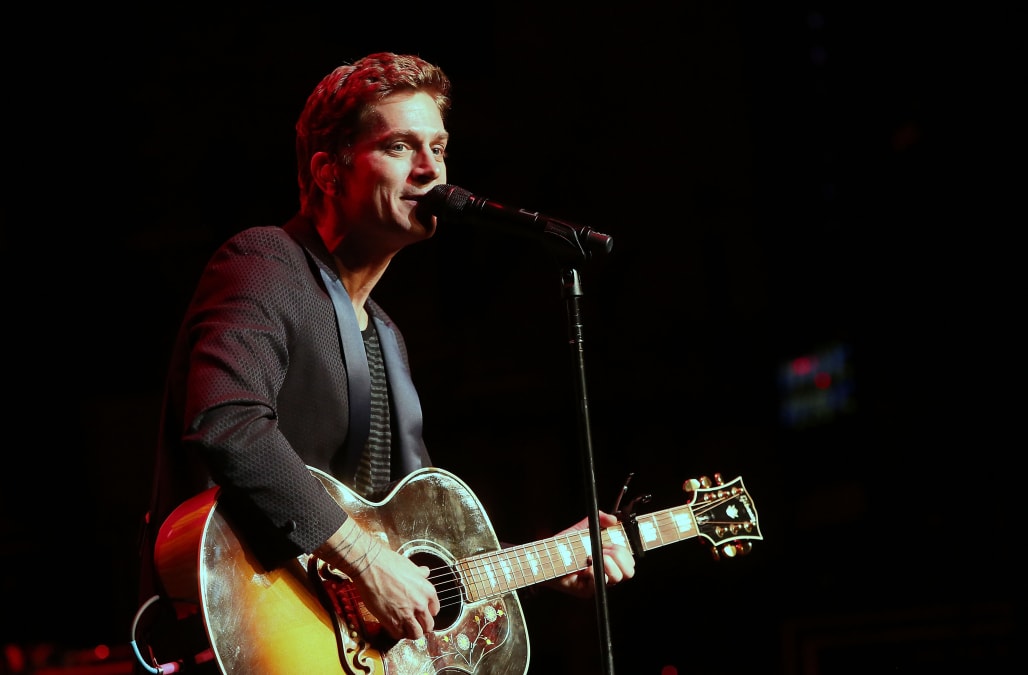 In a YouTube video of the singer's Feb. 19 show in Melbourne, Australia, Thomas can be heard joking about how much alcohol he drank on the flight over.

Following the statement, boos could be heard in the background. While the YouTube video ends there, Thomas claimed he said something else following the joke: "And then I drank so much I thought I was a little Australian girl."

The remarks touched on deep issues in Australian race relations, including the battle against stereotypical portrayals of Indigenous Australians as drunks.

"So @thegame gets denied entry to Aus. But @ThisIsRobThomas can stand in front of 14k people and dismiss it's Indig. population as drunks?," tweeted Australian hip hop star Briggs. Others echoed the sentiments.

Fuck. @ThisIsRobThomas disappointed me so much. He just said "then I start drinking until I'm a black Australian". Tears. Sadness. Racist.

Thomas, 44, issued two apologies, the first of which was made the same night as the Melbourne show. In it, Thomas claimed the joke was unintentional and stemmed from his lack of understanding about the cultural context in Australia.

"Please understand that although it is no excuse, I was completely unaware that in Australia there is a polarizing social issue happening right now involving indigenous people and alcohol," Thomas wrote on his Facebook page. "When I was made aware of it, the ground fell out beneath me, and I realized that people may now see me as the exact opposite of who I am."

He went on to say he was "completely gutted" about the impact of his words.

After the show in Melbourne tonight while backstage with some of my Australian friends, it was brought to my attention...

In a second apology posted the following day, Thomas took the opportunity to further explain himself and the intent of his humor.

"I am truly sorry for how this came across, most of all to the indigenous people here. Australia has been so good to me for so long that I'm embarrassed I don't know more about the history and the culture," Thomas continued. "While I'm here I'm going to use this opportunity to rectify that. I promise you this!"

I would like to take an opportunity to further explain the comments I made in Melbourne last night. First, please...

Thomas has since reached out via Twitter to Indigenous Australian photographer Barbara McGrady, perhaps to make good on that promise.

NEWS: Salma Hayek: Racism in America Is the 'Big Elephant in the Room'

Maybe Thomas could also consider this suggestion from Australian Aboriginal health organization NACCHO and hold a benefit concert for the organization?

Here is how @ThisIsRobThomas can apologise for that #racist comment #indigenoushealthconcert fundraiser pic.twitter.com/7h0VDV5PJA

As awards season comes to an end, the topic of diversity has also been a heated topic at the Oscars. Watch the video below to see Danny DeVito weigh in on the #OscarsSoWhite backlash.