Texas plans on Wednesday to execute a man convicted of strangling a female impersonator in Houston in 2001 and then stealing the victim's car.

Richard Masterson, 43, is scheduled to be executed by lethal injection at 6 p.m. at the state's death chamber in Huntsville. If the execution goes ahead, it will be the state's first this year and the 532nd in Texas since the U.S. Supreme Court reinstated the death penalty in 1976, the most of any state.

There were 13 executions last year in Texas, according to the Death Penalty Information Center, which monitors capital punishment in the United States.

Lawyers for Masterson have launched appeals with the U.S. Supreme Court to halt the execution, saying his due process rights were violated and that Texas presented false and misleading evidence regarding the death of Darin Honeycutt, 35, who went by the stage name of Brandi Houston.

Lawyers for Masterson said there was no struggle, no murder and no evidence indicating their client acted with violent intent. They also questioned the credibility of the medical examiner who called the death a homicide. 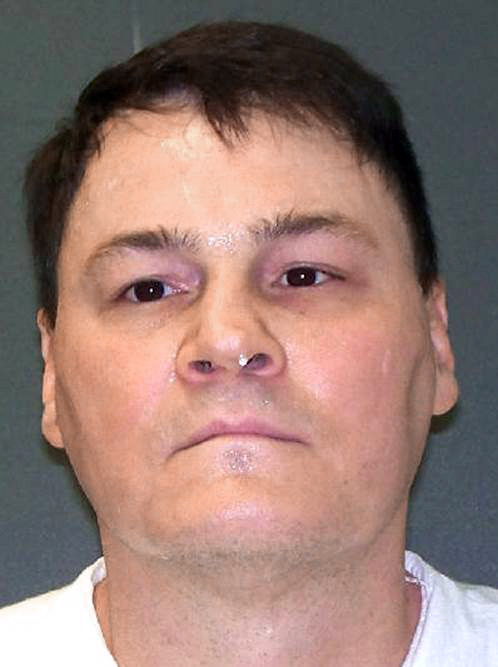 "The State's theory at the trial was that Petitioner strangled complainant during the course of a robbery. Petitioner has never denied that he restricted the complainant's airflow, but only that it occurred during a consensual sexual encounter," lawyers for Masterson said in a court filing.

Texas prosecutors said that after Masterson killed Honeycutt, he left the state in the victim's car, which was found days later in Georgia being driven by a nephew of Masterson.

After fleeing to Florida, Masterson met a man in a bar frequented by gay men. The two went to the apartment of the Florida man and Masterson placed him a headlock, trying to strangle him, prosecutors said.

The man passed out and when he regained consciousness, he found that his car and wallet were gone, authorities said.

A Florida police officer ran across the stolen car at a mobile home park, which led to Masterson's arrest.

At his trial in 2002, Masterson, who has a long criminal record, did not admit to the murder.

He took the stand and said he was a danger to society, daring jurors to sentence him to death, which they did.

Related: See other notable executions and people on death row:

Texas set to execute man convicted of strangling female impersonator
Seated on his bunk in the death cell of Iberia Parish Courthouse, convinced that 'The Lord is Still with Me,' is Willie Francis, a 17-year-old who won a million-to-one chance of a reprieve from death when the electric chair failed to kill him, or even hurt him, at his scheduled execution on May 3. Sentenced to die for the murder of a St. Martinville druggist a year ago, Francis was strapped in the chair. The current was applied. The doomed man squirmed and jumped. But when the current was shut off, he was unharmed. 'It tickled a little,' he said. The state will try again to carry out the execution on Thursday May 9th.

Discover More Like This
HIDE CAPTION
SHOW CAPTION
of
SEE ALL
BACK TO SLIDE
More on AOL.com:
Donald Trump supporters have this one dangerous thing in common
Militants storm Pakistan university, kill at least 20
Man pushes stranger in front of Berlin subway train