Minutes after a licensed, in-home child care provider buckled 11-week-old Shepard Dodd into his car seat for a nap, the baby became unconscious and soon passed away. The young boy reportedly suffocated to death.

It was noted that just two weeks before the incident, the child care provider was told by the Department of Human Service that "infants are not to be placed in a car seat to sleep." The baby reportedly had no health issues before he passed away.

This is my favorite video of Shepard. It's 1:49 seconds long. I was so afraid of getting pregnant again but when I got...

Now, parents Ali and Derek Dodd are sharing their story in an effort to warn other parents about the risks of letting babies nap in their car seats. The little boy, who had a runny nose and slight congestion, reportedly fell asleep in the seat. His body shifted in his sleep and his head fell down to his chest. At 11-weeks-old, Shepard was unable to lift his head back up to open his airway. He reportedly died of asphyxiation. 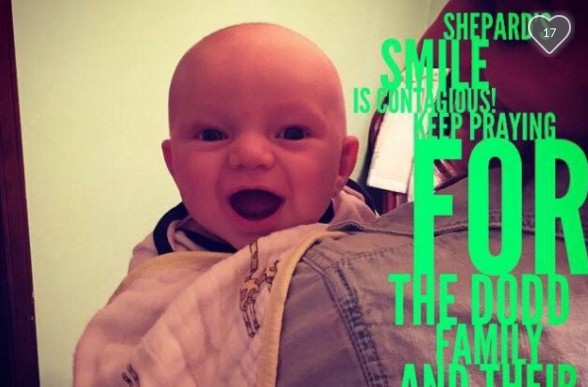 Devastated, Ali and Derek want to make sure other parents understand how to properly buckle their children into car seats and that they do not allow their infants to nap in the seats.