16 killed at a Mexican resort town 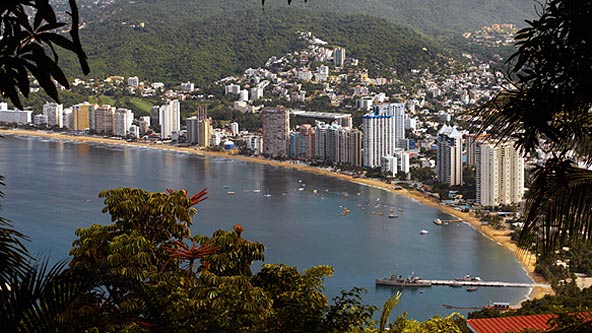 At least 16 people were killed in a shootout involving an armed, non-governing police group in Xolapa, a town just outside of Acapulco, a popular resort destination, according to Fox News Latino.

Members of the United Front for Security and Development in Guerrero State or FUSDEG, were involved. They battled a vigilante group previously aligned with them, known as the Union of Towns and Organizations of Guerrero (UPOEG).

"Critics of these groups call them vigilantes who perpetuate a criminal atmosphere, but many local residents defend them as the only true security force in regions that are remote and riddled with corruption at the state and municipal government level. "

The two groups "apparently have an ongoing dispute over territory in the Acapulco-Chilpancingo corridor."