A Washington state woman was pulled over for driving in the carpool lane with an unusual passenger. 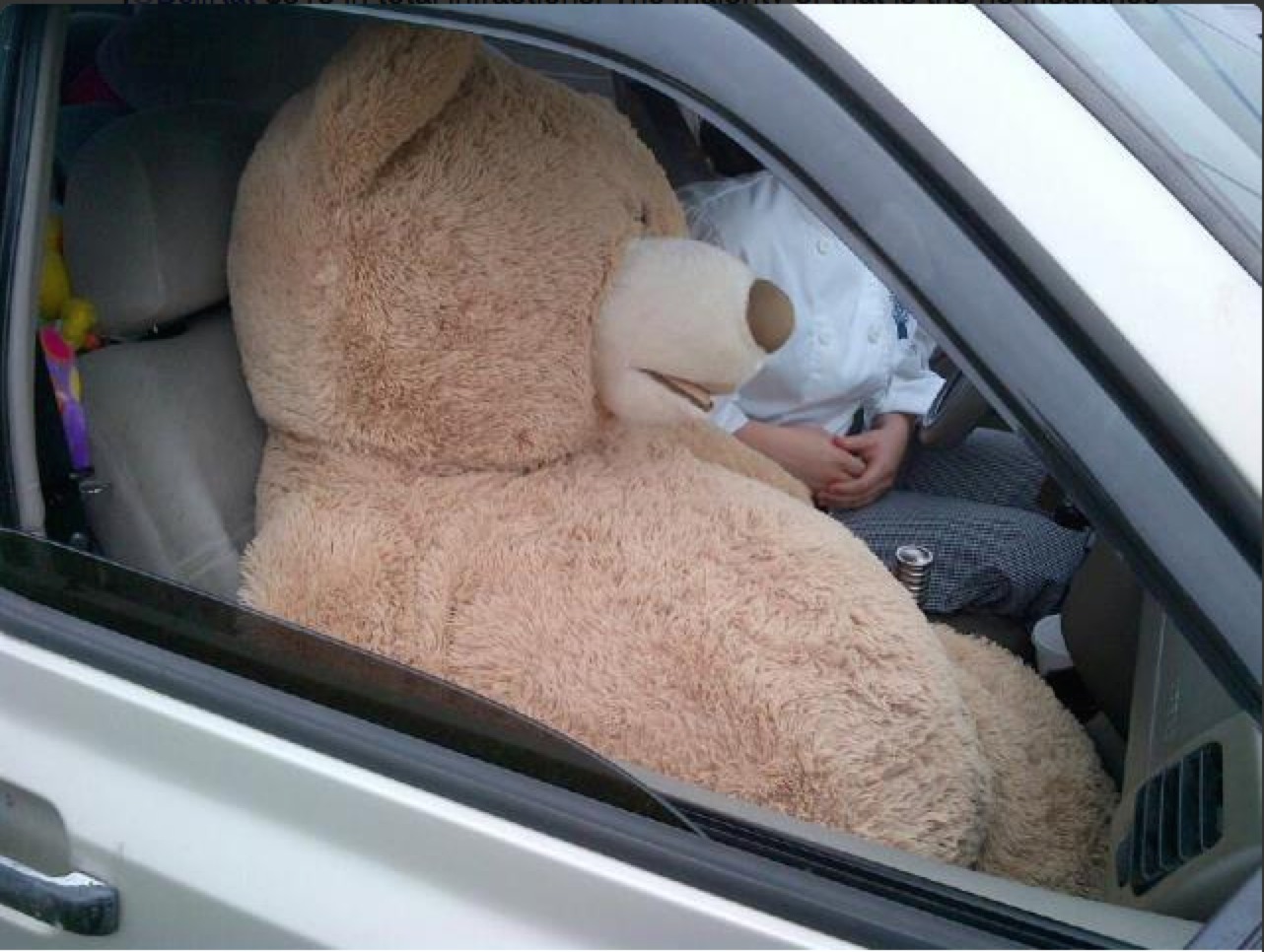 Yes, that's right, the 19-year-old woman actually tried to drive in the carpool lane with a giant teddy bear in the front seat next to her. The state patrol wasn't having it.

According to The Seattle Times, the teddy bear wasn't the only issue. Authorities say that the woman was driving 14 miles per hour over the speed limit.

Trooper Mark Francis, who pulled her over, tweeted that the woman was also driving without insurance.

There's a reason the bear was sitting in the front seat. Francis told KOMO, "She said she didn't have any room in the back of her minivan for the bear."

He also said the woman knew she shouldn't have been driving in the carpool lane but never gave an explanation for doing so.

Anchors on the morning shows thought the woman should have played up the situation a bit more.

Dylan Dreyer for NBC said, "At least dress him up a little bit."

Matt Lauer chimed in: "That lady made a little boo boo."

FOX NEWS's Brian Kilmeade queried: "And no seat belt for the bear? Yeah, no seat belt. It's unbelievable! Just count on the air bag."

ABC's Michael Strahan says that "she should have talked to it like it was real."

Okay, that might have been taking things a bit too far. But what's even more bizarre is the exact same thing happened two years ago in Oregon.

Another woman got caught driving in the carpool lane with a teddy bear -- albeit not as large of one -- in her passenger seat.

She told KATU that she thought she might have been able to get away with it until an officer pulled her over and gave her a $260 ticket.

As for the woman in Washington, her fine was a little bigger. She was ticketed $818 for all three alleged offenses.