9 things in your fridge you should throw away immediately 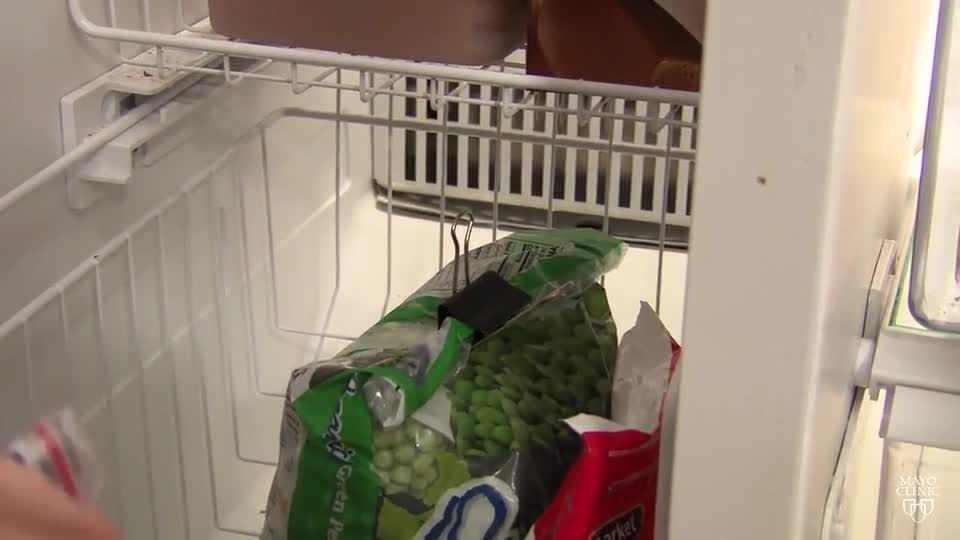 For many of us, there are things lurking in our fridge that we dare not unearth, from cloudy Tupperware shoved at the back of the fridge to the unidentifiable object in our produce drawer. It's a good idea to clean out your refrigerator and take a closer look at what exactly you're stocking up on.

9 things in your fridge you should throw away immediately

What hidden hazards are lurking in your refrigerator? Learn what you should throw out immediately.

Open tins of canned goods in the fridge, especially those with acidic contents like fruit juice or tomatoes, may cause the metal to transfer into the food and create a metallic taste, so it is best to store canned contents in a separate food storage container or covered bowl. Food high in tin concentration can cause adverse short-term symptoms like fever, nausea and diarrhea.

A 2011 study by researchers from Harvard School of Public Health showed that consuming canned soup over five days increased the concentration of toxic BPA in urine by over 1000% compared to subjects that consumed fresh soup over five days, due to the exposure of BPA in the resin lining of cans. This endocrine disrupting chemical is linked to obesity, liver damage and other health problems.

Check out this list from Inspiration Green to find out which canned soups don't have BPA.

According to FoodSafety.gov, the storage time for leftovers in the fridge should not exceed four days to prevent food-borne illnesses. Past four days, you are at risk of consuming contaminated food that can cause food poisoning, and symptoms can include upset stomach, vomiting and diarrhea.

Leftovers that have been out for more than two hours

Perishable food that has been at room temperature for more than two hours is at risk of bacterial growth and is no longer safe eat. For example, those restaurant leftovers won’t be safe to eat if you tote them to a movie before taking them home.

Also, food exposed to temperatures over 90° F, like an outdoor summer picnic, will only last for less than an hour.

The Entire Moldy Fruit, Not Just Part Of It

It can be tempting to dispose of only the visibly moldy portion of food and save the rest, but what we don't realize is that mold penetrates deep below the food's surface, especially for soft items like berries, peaches and tomatoes. Heavy mold growth indicates that "root" threads are inside, which spread poisonous substances, so it is safest to dispose of the entire food item. Mold produces spores, which in a fridge's environment spread by air, so make sure to carefully check nearby foods for contamination.

Replace processed meat with healthier alternatives like fresh, unprocessed and preservative-free roasted or grilled chicken, turkey and other proteins.

In addition, a recent study led by Professor John M Davis at the National Institute of Health concluded that among patients with heart disease replacing dietary saturated fats (like butter and common margarine) with omega 6 linoleic acid (such as safflower oil and safflower oil polyunsaturated margarine) can increase risk of heart disease and heart attack, bringing up questions of how the recommendation to switch to unsaturated alternatives may not be as black-and-white as we think.

The best takeaway advice? Toss your margarine and use butter or other fats sparingly.

According to the Environmental Working Group, apples are at the top of the list for being the fresh produce item most contaminated with pesticides, followed by celery and sweet bell peppers. According to EWG's Richard Wiles, senior vice president of policy, the list was compiled after the USDA washed the produce with high-pressure water machines, and consumers at home cannot expect to wash pesticides off produce completely. Ingestion of produce laced with pesticides can cause acute poisoning to the brain and nervous system, and put you at risk of cancer and other health risks.

Try to buy organic or at your local farmer's market, but be careful: organic produce does not always mean free of chemicals.

Anything labeled “Low-Fat”, “Fat-Free” or Diet

When manufacturers remove the fat, they often compensate for the lack of flavor with added sugar, artificial chemicals, and processed product that are low in nutrients. Take a closer look at the nutrition label – you may find that these products are actually junk food in disguise!


You may find that some items you don't normally think twice about may actually be hazardous to your health. Whether to practice safe food storage or to adopt a healthier lifestyle, we'll show you nine hidden hazards in your refrigerator that you should throw out immediately.

Check out the slideshow above to discover nine fridge items you need to toss now.

More in food:
13 Banned Foods Still Allowed in the U.S.
What Are The Germiest Kitchen Items?
Spring Clean Your Kitchen: What to Toss and What to Keep

How to help kids cope with back-to-school