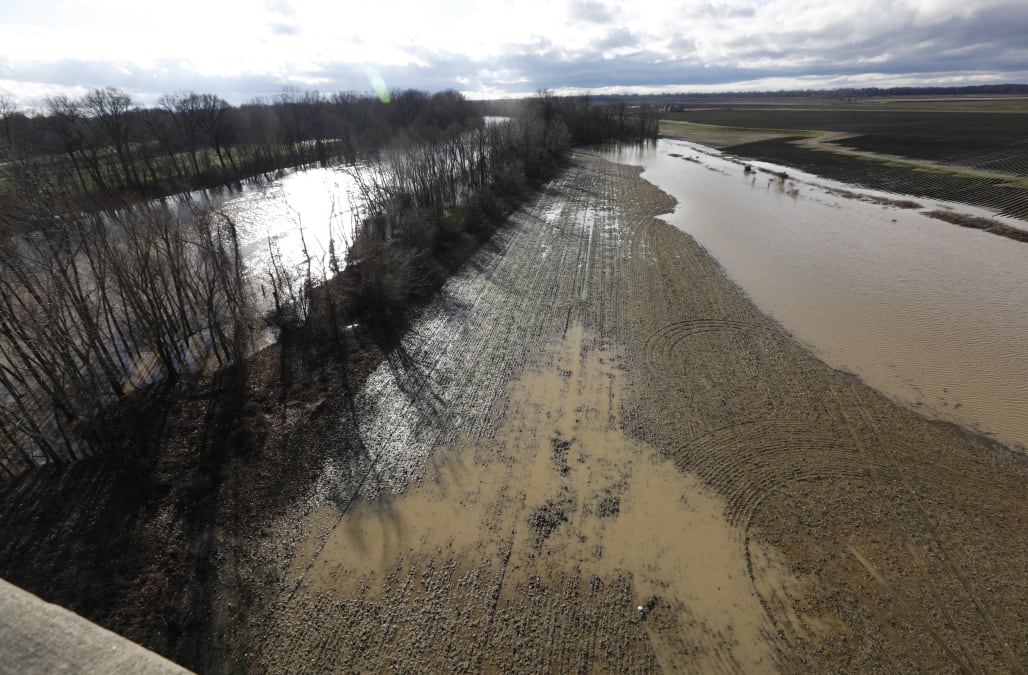 There is the potential for an outbreak of dangerous thunderstorms, including tornadoes, over the central United States starting late this week.

The late-week storms will follow severe weather Tuesday night that resulted in a rare tornado emergency to be issued in Mississippi.

Damaging storms have already impacted parts of the South this week, and forecasters say more rounds of potentially damaging storms are on the way.

"The first storms in the upcoming rounds of severe weather may focus in a relatively small area from southeastern Kansas to parts of central Missouri during Thursday night," Walker said. The storms are likely to erupt near the junction of dry air to the west, warm and moist air to the east with a strong wind aloft.

"Individual big storms may erupt then merge into a complex of severe thunderstorms during Thursday night," Walker explained.

"Regardless of the exact position of the initial thunderstorm complex, as a large storm system pushes out from the Rockies at the end of the week, the risk of heavy, gusty and most likely severe thunderstorms will broaden over the Mississippi Valley," Walker said. At the same time on Friday, thunderstorms are likely to extend farther to the east over part of the lower Ohio Valley. These storms could be marginally severe.

Most thunderstorm development will likely hold off until the evening and overnight hours on Friday, so those that live in the threat zone will want to have a severe weather preparedness plan in place.

By Saturday afternoon and evening, the risk of severe weather could extend from the Midwest and part of the Ohio Valley to the Tennessee and lower Mississippi valleys.

Determining factors on the coverage and intensity of the storms, as well as the exact nature, will be the amount of sunshine available to warm the lower part of the atmosphere, how moist the air will become and how strong winds develop aloft. When all of these conditions are present, a very unstable atmosphere exists and the risk of severe weather, and sometimes tornadoes, can skyrocket.

"June-like warmth will build over the South-Central and Southeastern states later this week to this weekend," AccuWeather Senior Meteorologist Dan Kottlowski said. "With that level of warmth alone, you do not necessarily need perfect conditions with a storm system moving in from the west to get severe weather this time of the year," Kottlowski added.

Humidity levels will rise and winds aloft will increase, so the developing weather conditions certainly have the concern and attention of meteorologists.

As the time draws closer, AccuWeather meteorologists will be better able to focus on which areas stand the greatest threat for severe weather and when this weekend.

Severe weather is of concern for all interests in the region. However, with the temporary screening and testing facilities set up in some areas outdoors related to the COVID-19 pandemic, people may be at greater risk should severe thunderstorms come calling. Areas of thunderstorms that may not be expected to be severe a day or two ahead of time could quickly escalate given the right atmospheric conditions, especially this time of the year.

The Storm Prediction Center (SPC) is reporting 163 tornado touchdowns in the U.S. so far in 2020, with both January and February pacing above normal for number of twisters. Even though March has yielded below-normal numbers of tornado strikes thus far, tornado fatalities are above normal at 25, compared to the three-year average of seven for the month, according to the SPC.