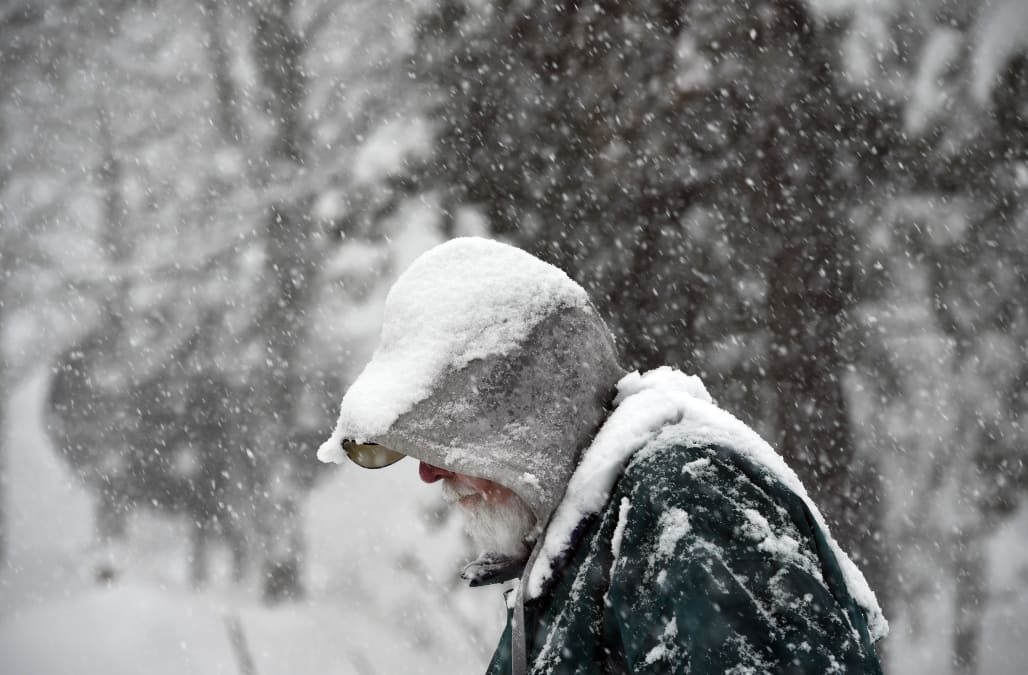 Meteorologists expect a potent storm to track across the center of the country later this week, bringing a return to wintry conditions -- just as the start of spring arrives.

The far-reaching storm system has already been responsible for much-needed snowfall across the Sierra Nevada and will next travel through the Intermountain West on Wednesday.

All the while, the Plains and Midwest will ride a temperature rollercoaster.

Prior to the arrival of the storm, it will feel a lot like spring as many cities will experience above-average temperatures as warm and humid air is drawn northward from the Gulf of Mexico.

Temperatures in places like Rapid City, South Dakota, and Denver will soar into the middle 50s F to the middle 60s Wednesday ahead of the storm.

The storm will help to draw warm and humid air northward, while it draws cold air southwest. It may produce severe weather from the southern Plains into the Ohio Valley later in the week. At the same time, the storm will unleash wintry weather from Colorado to the Upper Midwest. 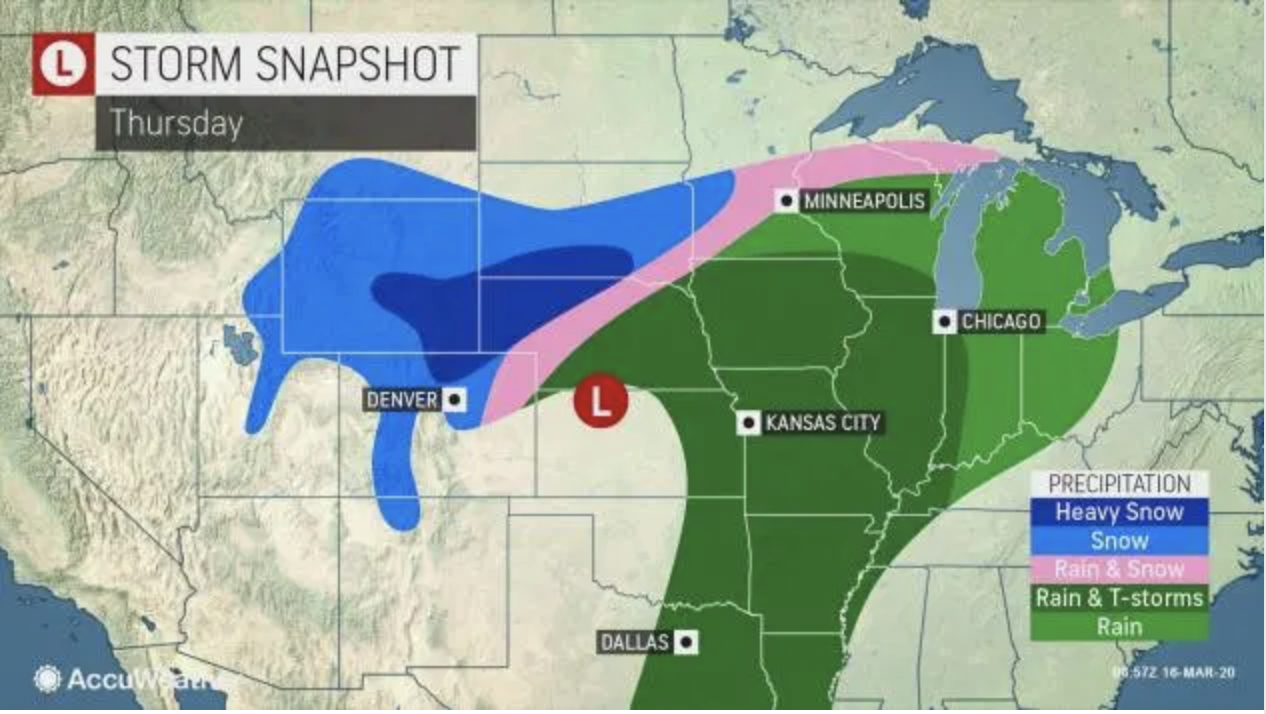 After mild conditions just a day before, temperatures across the Front Range, in central Colorado and southeastern Wyoming, will return to the 30s and 40s by Thursday, allowing for precipitation to fall as some snow. The vernal equinox arrives late in the day on Thursday across the U.S.

The developing storm will stretch the threat for snow across portions of the central and northern Plains and Upper Midwest.

"At this time, it appears the best chance for heavy snow will be across parts of Colorado, Wyoming, South Dakota, and Nebraska as the storm emerges from the Rockies," said AccuWeather Meteorologist Courtney Travis.

A general 3-6 inches of snow is forecast to fall over parts of the central Rockies, central and northern Plains and the upper Great Lakes region.

From 6-12 inches of snow is forecast on parts of Colorado, Wyoming and western Nebraska as well as the a portion of the Upper Peninsula of Michigan. An AccuWeather Local StormMax™ of 20 inches is most likely from southeastern Wyoming to northeastern Colorado to the Nebraska Panhandle.

In addition to the snow, portions of eastern Wyoming, western Nebraska, northeastern Colorado and South Dakota will likely experience crashing temperatures and a stiff north wind. The storm may become intense enough to create strong winds and blizzard conditions.

A quick-moving storm in southern Canada late this week could interact with this parent storm moving across the Plains, possibly changing the impacts and location of the heaviest snow.

Exactly how these two storms interact will determine how much snow could fall across the Upper Midwest and Great Lakes.

AccuWeather meteorologists believe it is more likely the the storms remain separate. Only if the storms phase together, might more snow and wind could spread closer to the Canadian border, with blizzard conditions possible much farther to the east, in parts of Minnesota and Wisconsin late Thursday into Thursday night.

The forecast will need to be monitored closely in the Twin Cities, Fargo, North Dakota and Green Bay, Wisconsin; in these areas, the forecast could change from a light snow event to an intense storm should the track adjust.

The forecast into Friday in the Plains and Upper Midwest will once again be dependent on the interaction of the two systems, although drier weather is expected in the Plains, with improving conditions throughout the day around the Great Lakes.

The bulk of the snow and wind looks to be centered over southern Canada and Michigan before the storm traverses into northern New England.

Behind the storm, a brief cooldown is predicted across the Midwest, as the storm will pull cooler air down from Canada into the region.

Both Friday and Saturday will likely feature below-average temperatures and a north wind will cause RealFeel® Temperatures to dip even lower.

The actual temperatures Thursday night and Friday night from Denver to Green Bay is expected to dive down into the teens and lower 20s.

In the wake of the storm, conditions will calm down through weekend across the Plains and into the Midwest as an expansive area of high pressure sinks southward from Canada.