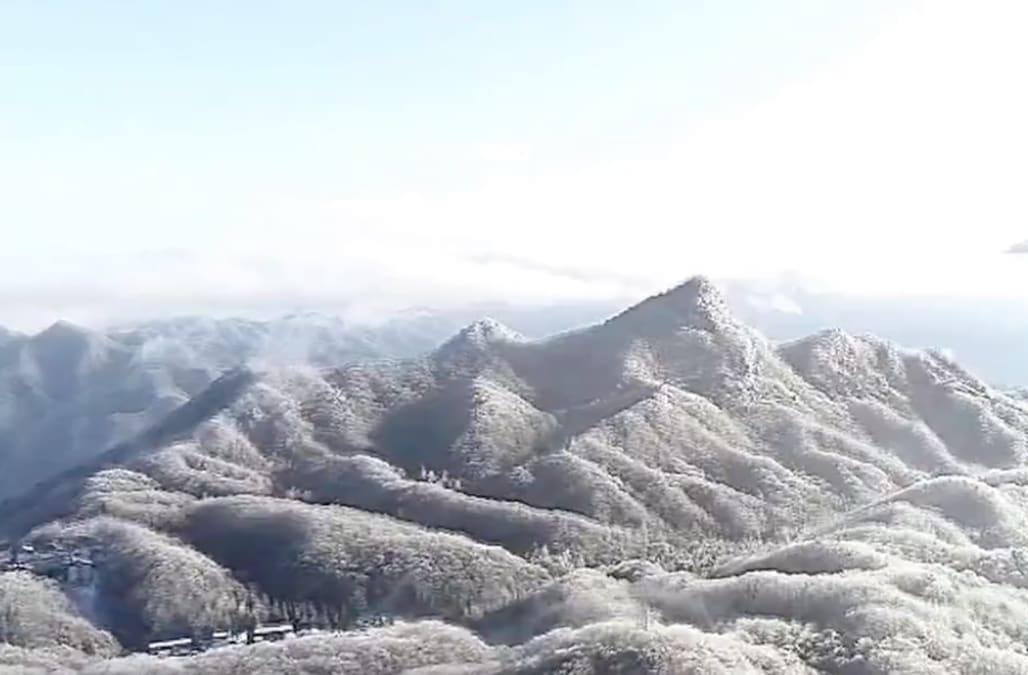 Beautiful footage captured by a drone over the weekend displays snow-covered trees at central China's Baiyunshan scenic area. The video shows the snow freezing onto the surface of the trees, a phenomenon called rime ice, which appears when the snow is stuck by the water droplets and freezes on the super-cooled surfaces.

See the remarkable footage above.