Northeast about to experience 'weather version of March madness' 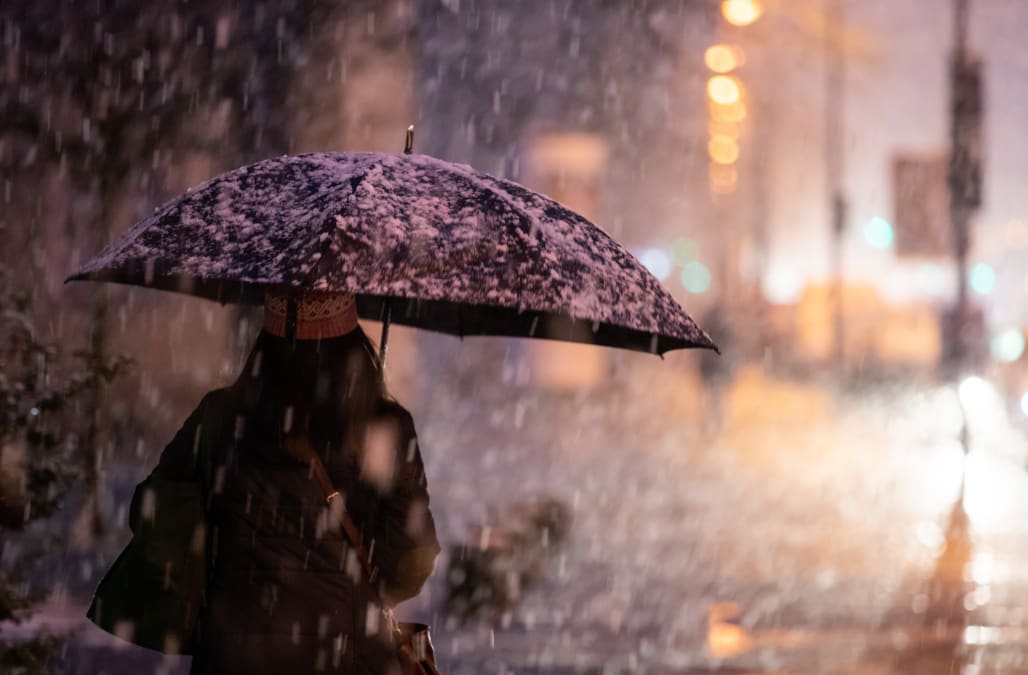 March can be a month of extremes and there is every indication that a rollercoaster ride is in store for the northeastern United States in the week ahead with AccuWeather RealFeel® Temperatures poised to climb 60 degrees Fahrenheit in some cases.

Following what may feel and look like the dead of winter over part of the interior Northeast this weekend, temperatures are forecast to rebound to springlike levels in may areas in the span of a few days.

Flurries, snow squalls and lake-effect snow, combined with RealFeel® Temperatures in the single digits have made for a tundra-like look and feel from portions of West Virginia to northern Maine on Friday morning.

I've never experienced snowfall rates like this before. Roughly 4 inches in the last 70 minutes since we have been in this spot. It's beautiful. #LakeEffectSnow#LakeEffect#watertown@JimCantore@ReedTimmerAccupic.twitter.com/cpiPNRyUz2

But while the official arrival of spring is not until 11:50 p.m. on Thursday, March 19, as the earliest spring equinox in 124 years occurs, it will soon feel like spring once again as it has done on several occasions this winter.

"It is possible that some locations in Virginia and Maryland reach the 70-degree mark or higher at the peak of the warmup during the middle of next week," he added.

In most cases, temperatures will stop short of record levels in the 60s, 70s and lower 80s, but some "sitting ducks" could be topped at midweek. For example, the record high at Boston-Logan International Airport on Wednesday is 61 set in 1945. Temperatures are forecast to reach the middle 50s and could trend higher.

RELATED: Take a look at the home prep you should do before the cold:

5 home maintenance must-dos to prep for the cold

1. Outside, clean out gutters and remove all those falling leaves. If gutters need to be replaced, it may be a good idea to get it done as soon as possible to avoid problems during snow fall months.

2. Inside, replace batteries in each smoke and carbon monoxide detector in the home. If older detectors are still intact, be sure to clean them out and make sure there are no issues -- or corrosion.

3. As we start to pump up the heat, air can get dry and cause sinus problems and dry skin. Clean out your humidifier. (If you don't have one, it may be a good time to find one.)

4. Avoid higher heating bills by checking for air leaks around windows, and door frames. If you notice a leak, caulk to prevent heat from escaping!

5. Clean up. Get rid of things you don't need and keep a clear space around heaters, furnaces and fireplaces.

Factoring in AccuWeather RealFeel® Temperatures in the single digits, teens and 20s in the Northeast and the 30s and 40s in the South from Friday and Saturday, it will feel some 40 to 60 degrees warmer over much of the eastern half of the nation by the middle of next week.

This warmup is arriving amid an unusually warm season for the region, and a historically mild winter throughout the contiguous United States.

The scale has been tipped by about 6 degrees above normal in Philadelphia, Pittsburgh, New York City and Washington, D.C., this season. Baltimore's average temperature has surpassed its average winter temperature by more than 7 degrees. Boston's departure from normal seasonal temperatures is even higher at nearly 8 degrees.

The warmup will not be as pristine as some others have been this winter though. Accompanying the warmup will be a zone of clouds, rain and even an all-too-familiar wintry mix over the northern tier of the region during the middle days of this week.

In portions of the South and the Ohio Valley, enough rain can fall from Monday night to Wednesday to aggravate existing or create new flooding problems.

Another cooldown will follow during the latter part of next week as the temperatures rollercoaster continues. However, the cool wave will be much less extreme, when compared to the burst of cold air that settled over the region on Thursday and Friday.

On average, temperatures will be slashed by 15-20 degrees late next week, instead of the 30- to 40-degree hit much of the region took in recent days.

Temperature swings of this nature are fairly common during March and on through the spring months of April and May. This is because the strengthening sun begins to heat up the Southern states, while the jet stream remains strong and cold air and snow cover linger over Canada.

The weather pattern over the North Central and Northeastern states is often a tug of war in the spring.

"An even higher surge of temperatures is possible during the second week of March, depending on how far to the north the jet stream temporarily retreats to," AccuWeather Senior Meteorologist Dave Dombek added.

It is not uncommon for the jet stream to swing way to the north and then dip way to the south every few days and so during March.

"It's the weather version of March madness," Dombek said.

People should expect more big temperature swings as March progresses, so don't pack away the winter coats just yet.

More from Accuweather:
Winter storm to dish out another helping of snow to northern US
Damaging storms to rip through southeastern U.S. into Thursday night
Northeast to experience weather whiplash as winter storms roll back springlike warmth