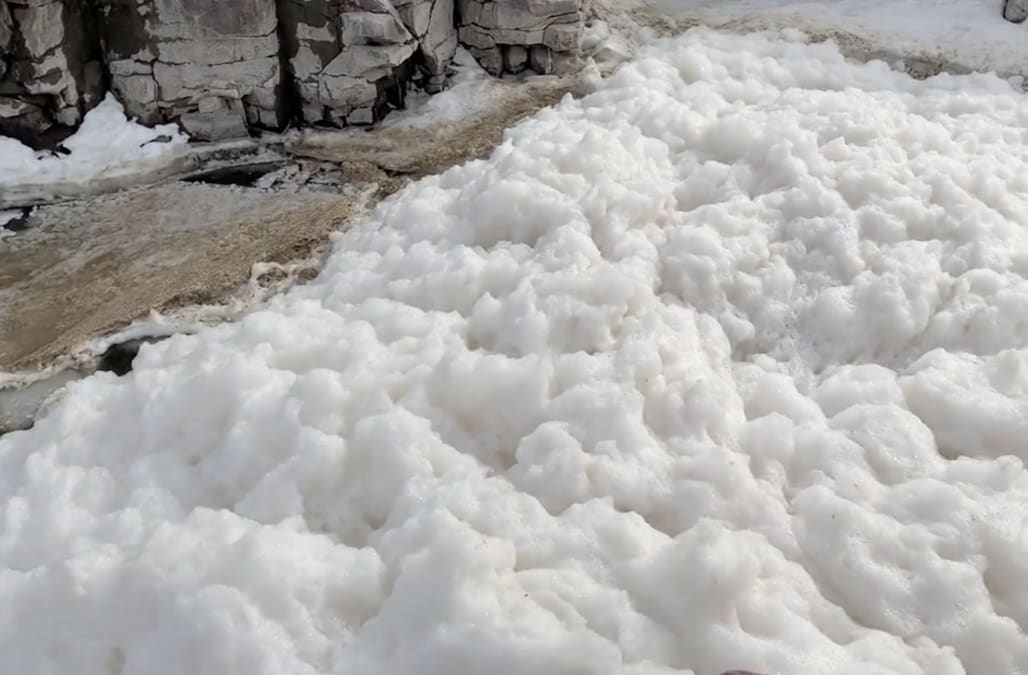 Foam from the Sioux Falls in South Dakota, looks like nature's bubble bath. "When there is a partial thaw as has happened today a large amount of foam builds up in this one spot at the Sioux Falls," said the photographer who captured the footage.

See the footage in the video above.