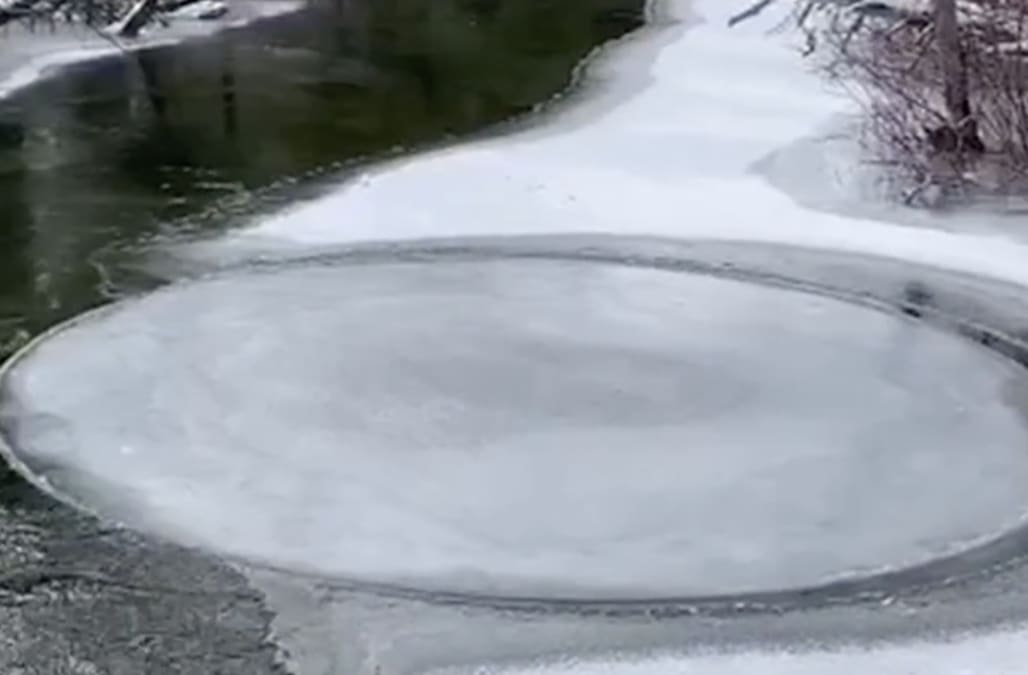 A circle of spinning ice was spotted on the Crystal River in Michigan's northern lower peninsula last week. The footage shows the perfect circle of ice slowly spinning in the middle of the river. "No one has seen a phenomenon like this before on the river that we know of," the filmer told Newsflare.

See the magical moment above.