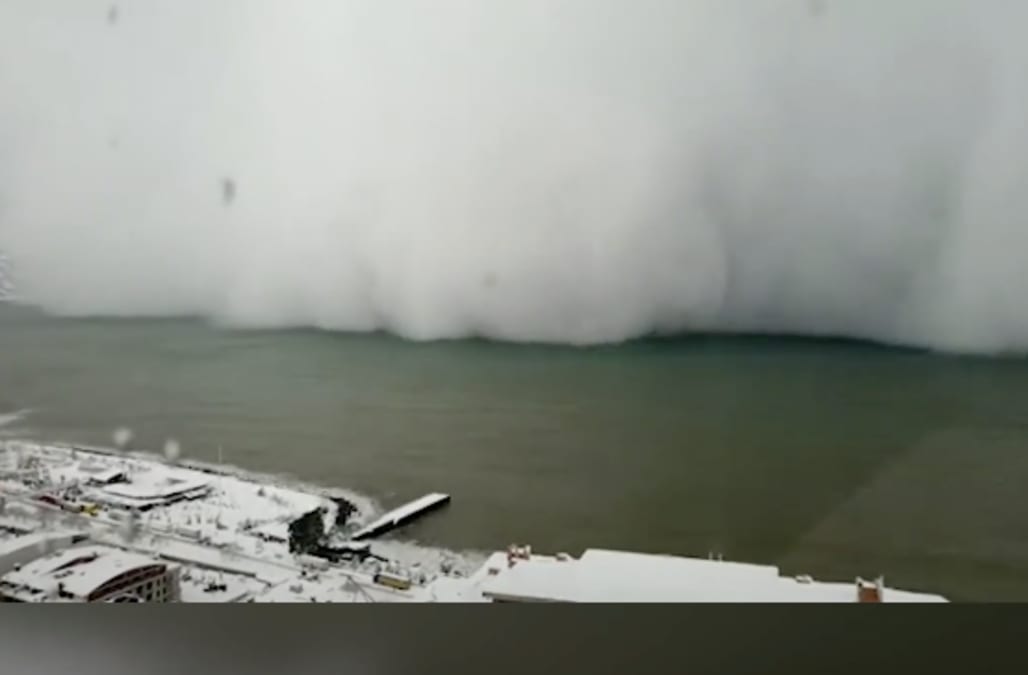 A snowstorm sweeping in from the Black Sea slammed the coast of Hopa, Turkey on Saturday. The storm blanketed the town in buckets of snow. A resident who shot the video said, "It was a bit scary, but at the same time it was a natural wonder," according to BBC.

Watch the captivating footage above.