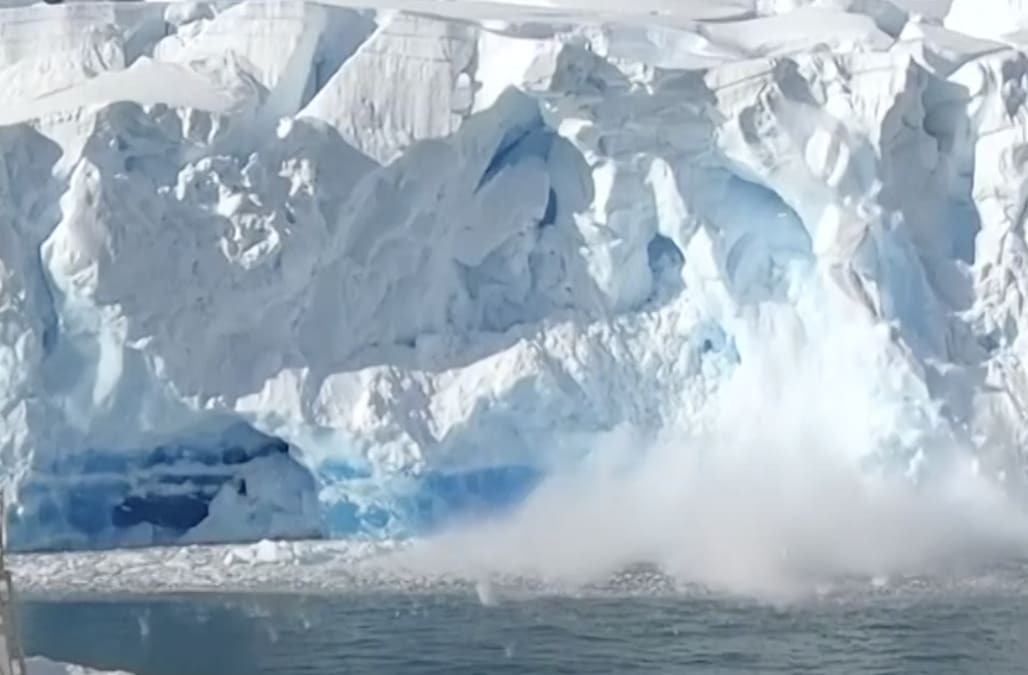 The William Glacier in Antarctica partially collapsed in the same week as Antarctica's hottest recorded day at 65ºF. It lasted for several minutes and stretched half a mile. "The whole face of the glacier, as you're looking at it right now, is a completely different vista to what it was two days ago," said Simon Wallace, chief officer of the James Clark Ross.

See the enormous glacier collapse above.