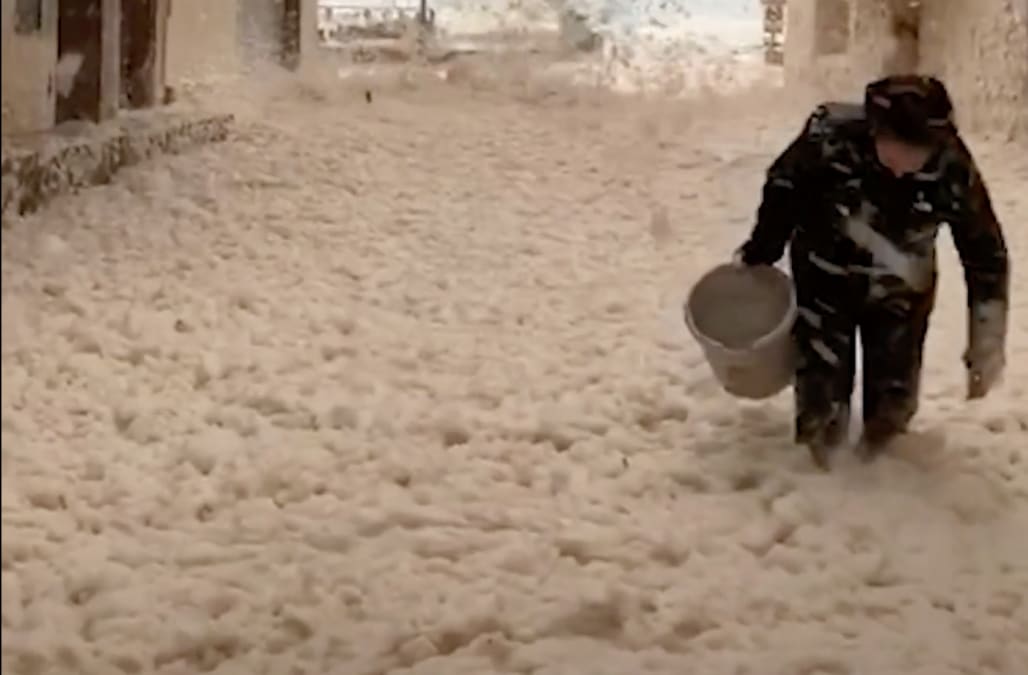 And now Tossa de Mar, which hosts a beach resort and is just north of Barcelona, is now dealing with seafoam engulfing the streets and parts of buildings.

Seafoam forms when ocean water gets shaken up and occurs naturally — but sometimes pollution, whether it's from fossil fuels or sewage, can make it thicker, stickier and grosser, according to Gizmodo. The National Oceanic and Atmospheric Administration says seafoam is "not generally" harmful to humans.

High winds have made the foam harder to remove.

The head of Barcelona’s Beach Service said this storm is the “worst experienced this century.”