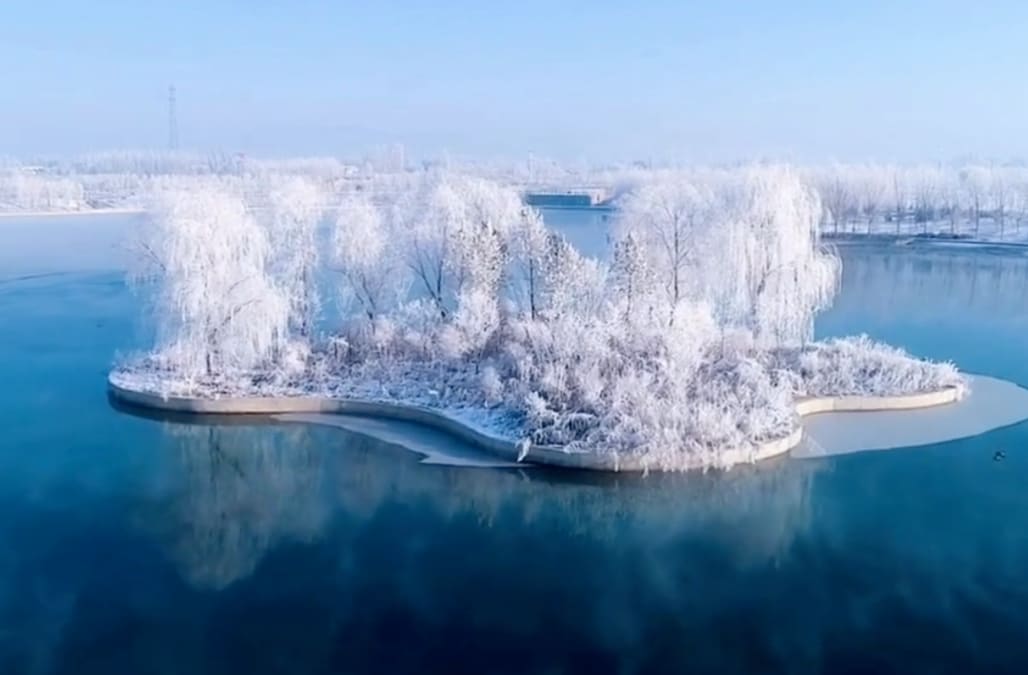 This incredibly stunning drone footage filmed in Gongliu County, China, showcases frost patterns that resemble flowers on a frozen lake. The so-called frost flowers are the exquisite patterns curling into "petals," which form when thin layers of ice are extruded from long-stemmed plants in autumn or early winter.