Freak hailstorm wallops Australia amid deadly fires: 'It was like Armageddon' 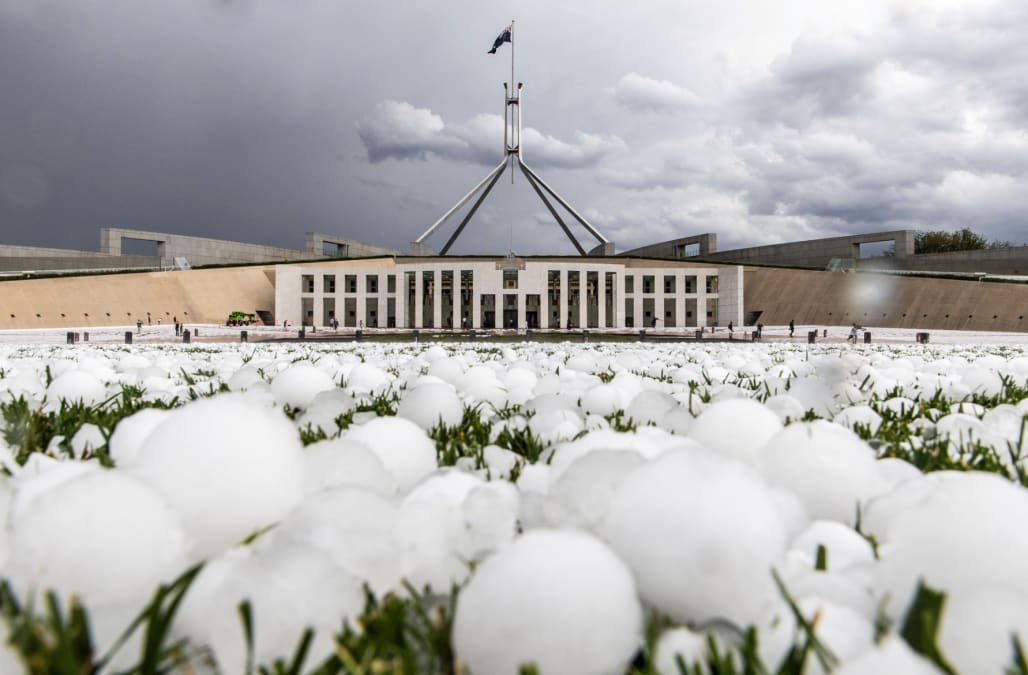 Hailstones the size of golf balls rained down on parts of Canberra, Melbourne and Sydney from Jan. 19 - 20, smashing car windshields, ripping branches from trees, killing wildlife and creating apocalyptic scenes throughout the region.

A woman named Hilary Wardhaugh, who was at the National Library of Australia when the hail began to come down, told the Australian Broadcasting Corporation it was an "unbelievable" sight.

"It was like Armageddon, basically," she recalled. "There were people running into the library but I'm really hoping that there's no one caught out in it."

"It really only lasted 10 minutes and the amount of damage that it caused was truly unbelievable," she added.

"Lucky I rode my bike today," she wrote.

Several more photos shared across social media provide a glimpse into the extent of the storm's damage.

TFW your balcony starts to flood because the hail is so thick it blocks the drain. #Canberrapic.twitter.com/ithoaNhX5F

happy birthday val! 30 mins ago it was 30c and sunny. #melbweatherpic.twitter.com/Xnpt9OBbOw

I'm sitting at home writing about tipping points in climate change and how our economic models don't fully capture the risk of extreme changes in weather when a hail storm like I have never seen before hits Canberra ... Balls of ice larger than golf balls. pic.twitter.com/CY2zX3Rj91

Two photos shared by Australian reporter Josh Butler served to show the stark contrast between weather conditions outside the Parliament House in Canberra over the past 15 days.

In the first image, the sky behind the building glows orange with smoke and haze emitted by nearby bushfires. In the second, the entire Parliament lawn is covered in ice, providing a rather eerie comparison between the two weather extremes.

Although the hail and heavy rain wreaked havoc on metropolitan areas, the low-pressure system did provide relief to some regions currently plagued by wildfires.