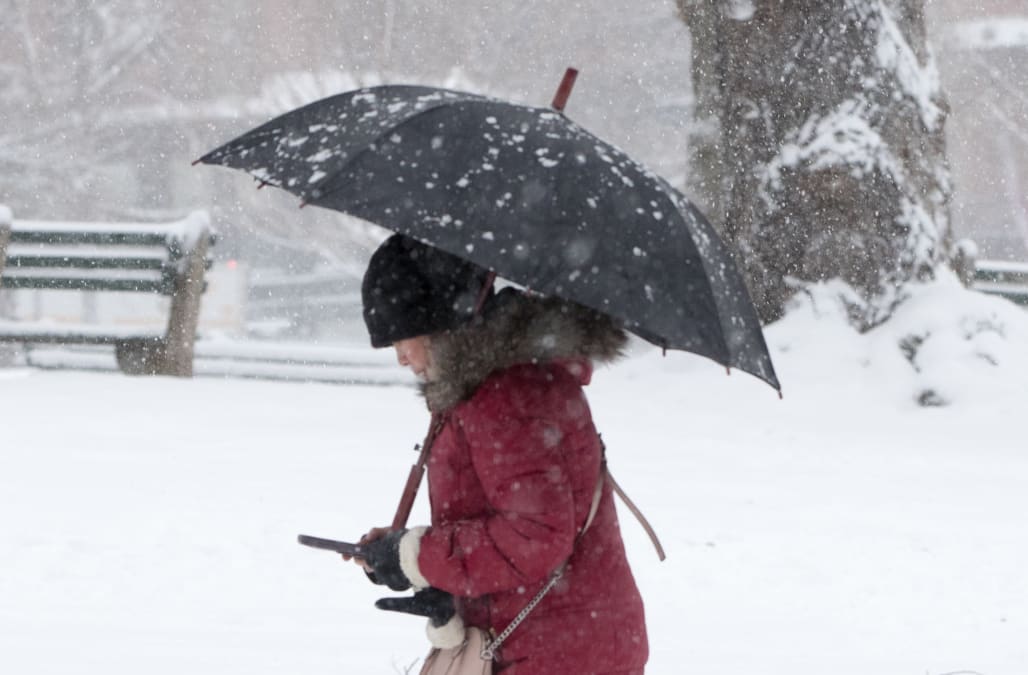 Following a fairly tranquil weather pattern across the eastern two-thirds of the country as the calendar flips from 2019 to 2020, a major storm will brew and throw a curve ball as millions of Americans resume their post-holiday routines.

The weather system will bring a grab bag of precipitation ranging from rain to ice and snow across the Midwest and Northeast -- and major weather changes will follow suit.

Rain will first soak the South soon after 2020 begins as the system gathers along the Gulf of Mexico coast. Wet weather will then overspread the Midwest and Northeast on Thursday and Friday as warm air is expected to surge out ahead of the storm's arrival across most areas east of the Mississippi.

As is often the case with rainy and mild conditions in the wintertime, areas of dense fog are predicted to develop and a low cloud ceiling can create slow travel on the highways and lead to flight delays at the major and secondary airport hubs.

Just enough cold air will linger in the lower levels of the atmosphere for some ice to accrue from northeastern New York state to central and northern New England. At this time, the duration of ice is likely to be shorter, when compared to the storm affecting the region at the start of this week.

The storm will have a wintry side in the Midwest, and it is possible that heavy snow will develop in a swath from northeastern Kansas and northern Missouri to southeastern Iowa, northern Illinois, southeastern Wisconsin and part of northern Michigan from later Friday through Friday night.

Exactly where this band of heavy snow occurs will depend on the exact track of the storm. There is the potential that accumulating snow will occur in Topeka, Kansas; Kansas City, Missouri; Davenport, Iowa; Rockford, Illinois; Madison, Wisconsin; Chicago and Milwaukee. This can be the case, even if the storm begins as rain or a bit of an icy mix.

Motorists should be prepared for wintry travel along portions of Interstate 35, I-39; I-70; I-80; I-90 and I-94 from the Plains to the Midwest. Airline passengers in the Central states could experience flight delays and cancellations due to deicing and snow-clogged runways, especially from Friday to Saturday.

Gusty winds on the back side of the storm will not only cause some blowing and drifting snow over parts of the North Central states, but can lead to a rapid freeze-up, snow squalls and lake-effect snow as a blast of cold air rotates in.

The air coming in behind the storm has the potential to bring the lowest temperatures of January, or at least the first half of the month. AccuWeather RealFeel® Temperatures will be well within the danger zone for frostbite and hypothermia for those not properly dressed from the northern Plains to the western Great Lakes region to end the week.

AccuWeather's long-range team of meteorologists still expects above-average temperatures during the first, third and perhaps the fourth week of January across much of the eastern two-thirds of the nation.

This does not mean that storms can't come along and produce snow and/or ice events.

Download the free AccuWeather app to check the forecast in your area. Keep checking back on AccuWeather.com and stay tuned to the AccuWeather Network on DirecTV, Frontier and Verizon Fios.