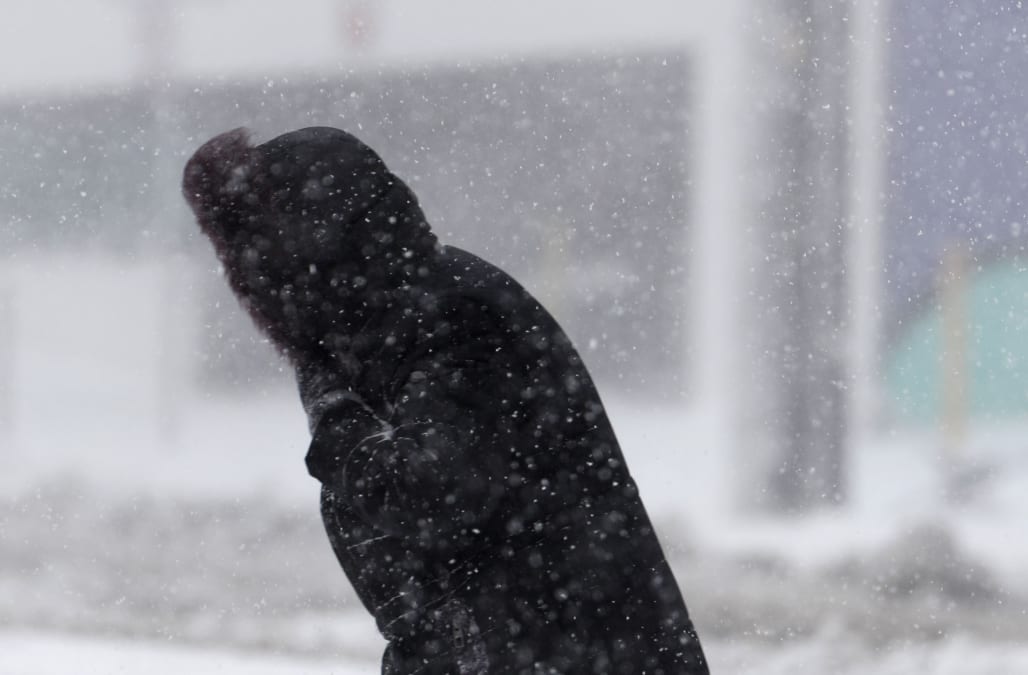 The same storm bringing high winds and blizzard conditions to a large area of the central United States will also trigger severe thunderstorms from parts of the Plains to the Midwest this week.

The storms will target some areas that were hit hard by flooding in recent weeks and other areas that are currently experiencing flooding from the Mississippi River.

As these storms move along over northeastern Kansas, eastern Nebraska, northwestern Missouri and southeastern Iowa during Wednesday night, there is the potential for more hail, but also damaging wind gusts and perhaps a few isolated tornadoes.

The risk of severe thunderstorms will not end Wednesday night.

As the storm over the Plains continues to intensify on Thursday, likewise the risk of severe weather will continue, but it will be farther to the east when compared to Wednesday.

Thunderstorms are forecast to ramp up over far eastern Missouri and western Illinois during the midday hours on Thursday.

The storms are likely to reach severe levels during Thursday afternoon and evening as they cross the Mississippi River.

Storms from eastern Missouri and southeastern Iowa to much of Illinois, parts of Indiana, western Kentucky and northwestern Tennessee will carry the risk of damaging wind gusts, large hail, bursts of heavy rain and perhaps a couple of isolated tornadoes.

There is a chance the severe thunderstorms will extend farther to the north into the Lower Peninsula of Michigan and farther to the east across Indiana, Ohio, Kentucky and Tennessee during Thursday night.

In some cases there can be damaging wind gusts in absence of thunder and lightning, due to the powerful nature of the large storm system.

While the storms can bring torrential downpours and brief urban-style flooding, these will tend to be brief and not likely to contribute to river flooding at the local level.

However, heavy, long-duration rain farther north and melting snow more to the north can lead to additional rises or slow the rate of recession on some of the rivers in the coming weeks.

Download the free AccuWeather app for the latest forecasts and severe weather watches and warnings for your location.

More from Accuweather:
Spring storms to slam northern New England with heavy snow through Tuesday
Severe storms, flooding threaten U.S. south into early week
How much of US eastern seaboard to face rain, wind from strengthening coastal storm next week?