Reports: Severe winter storm leads to travel accidents as it barrels up the East Coast 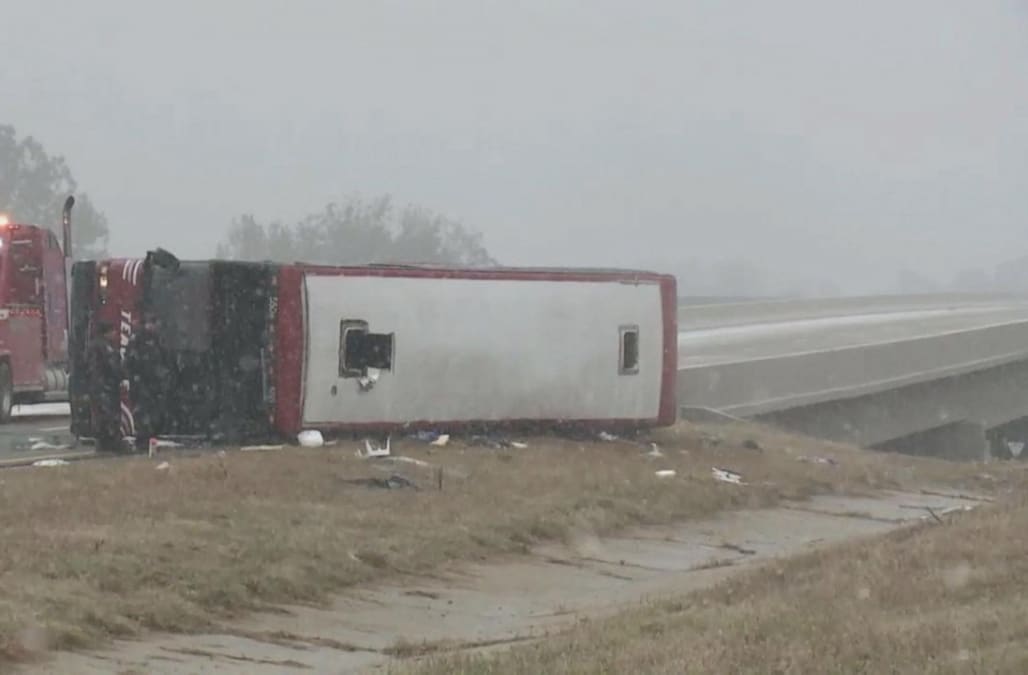 A major winter storm is gathering strength over the eastern United States, spreading disruptive snow, ice and rain across the region.

The worst conditions are expected across the interior mid-Atlantic where there will be ice and widespread snow. However, wintry weather may impact cities along the Interstate 95 corridor as early as the Thursday morning commute.

"There is the potential for 6-12 inches of snow from western Maryland to northwestern Maine; however, sleet and freezing rain may cut down on accumulations. In some areas, it is possible that 1-2 inches of sleet falls on top of the snow," AccuWeather Senior Meteorologist Alex Sosnowski said.

Download the free AccuWeather app to find out the start time of the storm and how much snow, ice and rain to expect at your location.

Motorists should be extra cautious on their commute to and from work this week. Snow, sleet and ice will make for dangerous travel.

Officers respond to accidents in Lexington, Kentucky as roads become slick and icy.

‼️ ROAD CONDITIONS ‼️Use extra caution while driving tonight as roads are slick and some areas are icy across Fayette County. Since 4:30 p.m., officers have responded to four injury collisions and 22 non-injury collisions.

Please slow down and increase your stopping distances.

The storm is causing treacherous travel as accidents are already happening in some areas.

An accident has been reported at Highway 41 and Volkmann in Evansville, Indiana.

Got to the scene of an accident at HW 41 & Volkmann just as ambulance was pulling away. Sheriff Wedding tells me there are no serious injuries. Car slid off the road into ditch due to icy conditions. #Wx#DriveSafe@14Newspic.twitter.com/KAdYmqKZ4U

This storm has already produced some snow in Tennessee, northwestern Mississippi and in a large part of Arkansas. Temperatures keep plummeting in Gray, Maine as the storm progresses.

Two people have died and 44 injured in DeSoto County, Mississippi, after a tour bus flipped over, according to the Associated Press. Roads were reportedly slick in the area as a wintry mix was falling in the area at the time of the crash