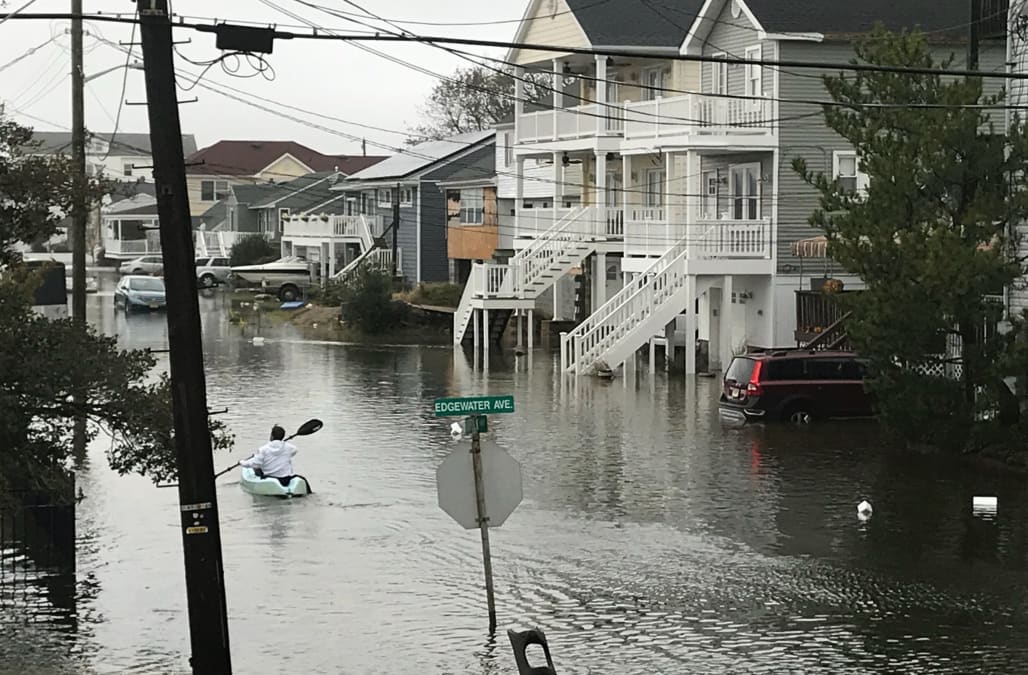 The first nor'easter of the season hit the northeastern United States with force, leaving over 35,000 without power at the height of the storm. Downed trees and flooding caused travel chaos.

The coastline of the mid-Atlantic and New England endured the worst of the storm as strong winds led to tree damage in many communities. Wind gusts of up to 67 mph were recorded.

The Peconic River at Riverhead in eastern Long Island rose past the major flood stage of 7.1 feet to 7.83 feet on Saturday, according to the National Weather Service.

While the storm brought soaking rain to most of the Northeast, a wintry mix unfolded over the mountains of upstate New York and New England.

More from Accuweather:
Record-setting rainfall in Texas claims life, requires rescues and forces evacuations
By the numbers: Florence's devastating blow to the Carolinas
Florence to renew flood concerns in northeastern US early this week