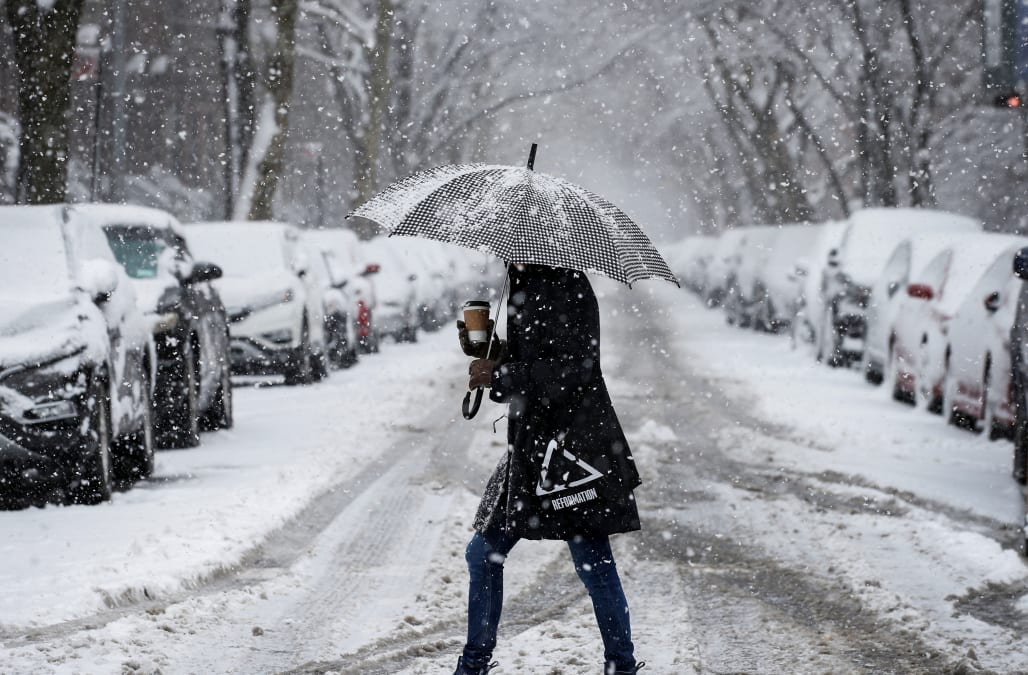 Wintry scenes will be common across the Rocky Mountains and northern High Plains as additional rounds of snow and slick travel are expected into midweek.

The Denver metro area received its first snow of the season at the beginning of the weekend, with the city's international airport picking up half of an inch of snow.

People in Casper and Gillette, Wyoming; Rapid City, South Dakota; and Bismarck and Dickinson, North Dakota; also experienced a taste of winter this past weekend.

With unseasonably cold air expected to remain entrenched across the region through the first half of the week, a couple storm systems rolling through will drop more snow.

14 PHOTOS
Fun in the snow around the world
See Gallery

Residents and visitors can download the free AccuWeather app with exclusive MinuteCast® to know exactly when snow will arrive and end.

The snow will excite winter enthusiasts but can cause some travel problems, according to AccuWeather Senior Meteorologist Kristina Pydynowski.

Into Monday evening, snow is expected to whiten much of Wyoming, the Colorado Rockies and into the Black Hills of South Dakota.

Snowflakes can also fly across the Wasatch Range in Utah.

"The potential for slick travel and disruptions to daily routines is expected to continue beyond Monday as additional rounds of snow spread over the northern Plains and Rockies Tuesday into Wednesday," Pydynowski said.

One storm system will charge into the Northwest on Tuesday, bringing accumulating snow to the Bitterroot Mountains of western Montana and Idaho, areas that will be spared from the snow at the start of the week.

Meanwhile, the storm unleashing snow into Monday evening across the central Rockies and northern Plains is expected to strengthen over the nation's midsection late Tuesday into Wednesday.

Flooding downpours and locally severe thunderstorms will continue to affect locations on the storm's southern and eastern flank, while a narrow band of heavy snow is expected to whiten areas to the north and west.

Snow is forecast to ramp up on Tuesday night across the central and eastern Dakotas before spreading into northern Minnesota at midweek.

Grand Forks and Fargo, North Dakota; Aberdeen, South Dakota; and International Falls and Bemidji, Minnesota; are among the communities where snow could fall and accumulate.

Precipitation may begin in the form of rain in some of these areas before colder air sweeps in and causes a changeover to snow.

As a result, roads that are initially wet can become slick and icy quickly, especially at night. People heading to work and school Wednesday morning will need to use caution.

With the anticipated snow during the next few days, motorists are being advised that stretches of interstates 25, 90 and 94 can become slushy and slippery, according to Pydynowski.

"Treacherous travel may also unfold in the passes along I-70 and I-80 through the central Rockies," she said.

Drier weather is expected to settle over the northern Plains on Thursday, but it will remain unseasonably cold with high temperatures only in the 30s.

How much snow do you think will fall? Play Forecaster Challenge and predict today.

More from Accuweather:
Rosa and non-tropical storm to deliver dangerous flooding, drought-busting rain in southwestern US
Storms to pack a punch in Florence-ravaged areas of the Southeastern US on Thursday
'There is still more of hurricane season to go': Expert warns another tropical threat may make US landfall