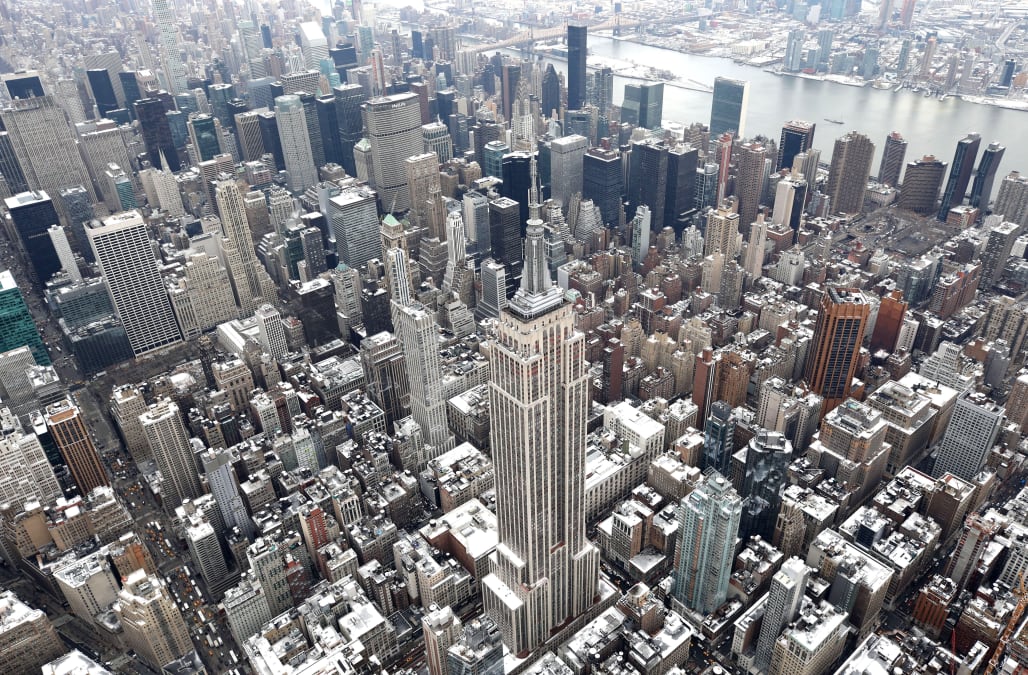 The second powerful nor'easter in less than a week lived up to expectations, and then some, from the Philadelphia area northward into New York and Boston. A slow-moving, narrow band of heavy snow parked itself over northern New Jersey for much of the day on Wednesday, dumping snow at 2 to 4 inches per hour.

While New York City only managed to pick up 2.9 inches of snow in Central Park, areas just 20 miles outside of the city had up to 2 feet of heavy, wet snow accumulate. All night long, residents of the suburbs of these three cities reported snapping sounds from tree branches, as well as power transformer explosions, as the wet of the snow proved too much for many trees and power lines.

SEE ALSO: Hang onto your butts as another nor'easter cripples travel, triggers thundersnow

As was predicted, the storm was an unusually prolific thundersnow producer, particularly in the New York City area, where lightning flashes and booming rumbles of thunder were noted during the entire day on Wednesday.

In fact, according to Kathryn Prociv, a meteorologist and producer at The Weather Channel, more than 1,500 lightning strikes were observed on Wednesday, including the thundersnow and lightning in offshore storms that were occurring in a milder part of the storm.

More than 1,500 lightning strikes associated with the nor’easter so far today (10am-9pm ET)! This includes the lightning strikes in the warm sector over the Atlantic. Incredibly dynamic and electric storm! #thundersnow ⚡️❄️ pic.twitter.com/VlRuR8Q0qp

Here are some scenes of the storm from some of the hardest-hit areas.

East Coast residents post stunning photos of nor'easter
21.0 inches of snow in Wayne, NJ (Passaic County). Tree fell while shoveling and nearly hit me. Multiple trees down… https://t.co/hO2DlcwWeq
Wild video of a tree snapping due to the extraordinary weight of the wet snow in Taberncalce, NJ. This was captured… https://t.co/94xLYese2B
The tree damage around the Northern NJ suburbs is extreme. It looks like a severe thunderstorm went through every t… https://t.co/HtuS7XYlGv
THUNDERSNOW! #GOESEast satellite's Geostationary Lightning Mapper captured the lightning associated with the back t… https://t.co/xdAH0an8Qp
Taken on the summit this morning. It’s D-E-E-P up there! #welovesnow https://t.co/SPo0n4QERG
@nynjpaweather sun and snow. Oak Ridge NJ. https://t.co/KOxhT9MqcH
Different world here in West Orange New Jersey. So much snow! @accuweather @AccuRayno https://t.co/bAN3gZ2she
Now it’s dumping - spot on with your forecast guys @epawa @nynjpaweather #winter #snowday #quinn #lehighvalley #snowmageddon #breadandmilk
Up Next

There is the potential for yet another storm to form along the East Coast on Sunday and Monday, possibly affecting the New York area, but the weather pattern for that storm looks somewhat different from the one that impacted the region this week.

After that, people in the Northeast should be able to breathe a sigh of relief. The weekend storm should be the end of this remarkable string of stormy weather.

WATCH: How the 'bomb cyclone' formed to slam the East Coast