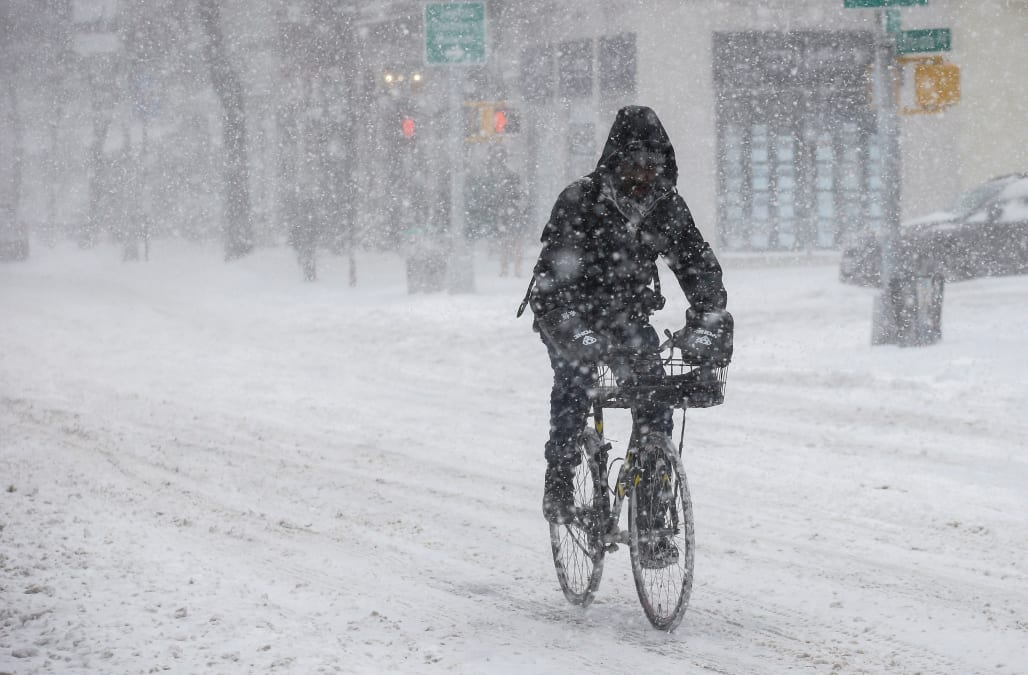 Warm air surges like the episode that sparked February records this week in the eastern United States do not mean that winter is over.

The weather pattern that produced hundreds of daily record highs and dozens of record highs for the month of February is probably on the order of a once-in-100-years or perhaps 200-years event.

More record warmth is forecast for the Southeast states into this weekend.

Record highs for February established in the 1800s and 1900s were shattered. Temperatures climbed into the 80s F as far north as Teterboro Airport, New Jersey, and the middle 70s as far north as Syracuse, New York, and Sanford, Maine.

In addition to the warmth near the ground, temperatures aloft were also unusually high. At an elevation of 6,300 feet, the temperature nearly reached 50 degrees at the top of Mount Washington, New Hampshire.

The magnitude of the northward bulge in the jet stream that occurred during the middle of this week is a strain to produce even in the summer, let alone the winter.

RELATED: Early 2018 winter weather across the US

Through the end of February, mild and chilly air will change hands a few times in the Northeast, while warmth holds in the Southeast.

Additional record high temperatures are likely to be set in the Southeast over the next few days, while temperatures will average above normal in the Northeast.

Sometimes, when a warm surge happens like that which just occurred, it is a reflection of volatility in the weather pattern. More atmospheric mood swings are likely in the weeks ahead.

As the jet stream pattern continues to evolve, an atmospheric traffic jam or block is projected to unfold during March.

"We expect this block to allow colder air to drop southward from eastern Canada and into the Northeastern states during the first part of March," according to AccuWeather Lead Long-Range Meteorologist Paul Pastelok.

In turn, this will force a change in the path of storms moving out from the Great Plains for a time.

"Storms moving into the East are likely to track farther south and end up being colder storms with colder precipitation to more areas when compared to recent weeks," Pastelok said. "There is the potential for a couple of significant snowstorms in part of the mid-Atlantic and southern New England as a result."

The blocking pattern was largely absent this winter.

RELATED:
Risk of flooding to expand over Ohio, Mississippi valleys into next week
Severe storms to threaten flooding, wind damage in southern US on Saturday
Winter Olympics 2018: Snow may create slick travel near PyeongChang by Sunday
Sun to shine on MLB Spring Training in Florida, Arizona this weekend

Pastelok also warned that despite some additional mild or warm episodes that cold air may continue to fight back not only in the Northeast, but also the Southeast states on occasion into April.

"There is the potential for large bubbles of freezing air to cause trouble for the emerging buds and blossoms of shrubs, flowers, berry bushes and fruit trees perhaps as far south as the Carolinas and Georgia this spring," Pastelok said.

Warm weather fans hoping that the recent warmth was a sign of winter's early demise are likely to be disappointed.

AccuWeather will continue to provide updates on developments in the short-term and the long-range in the coming weeks.

More from Accuweather:
Snow, record cold to plunge southward through western US
More snow to blanket Chicago, Detroit through this weekend
Weekend storm to bring more snow, ice and rain to central and eastern US