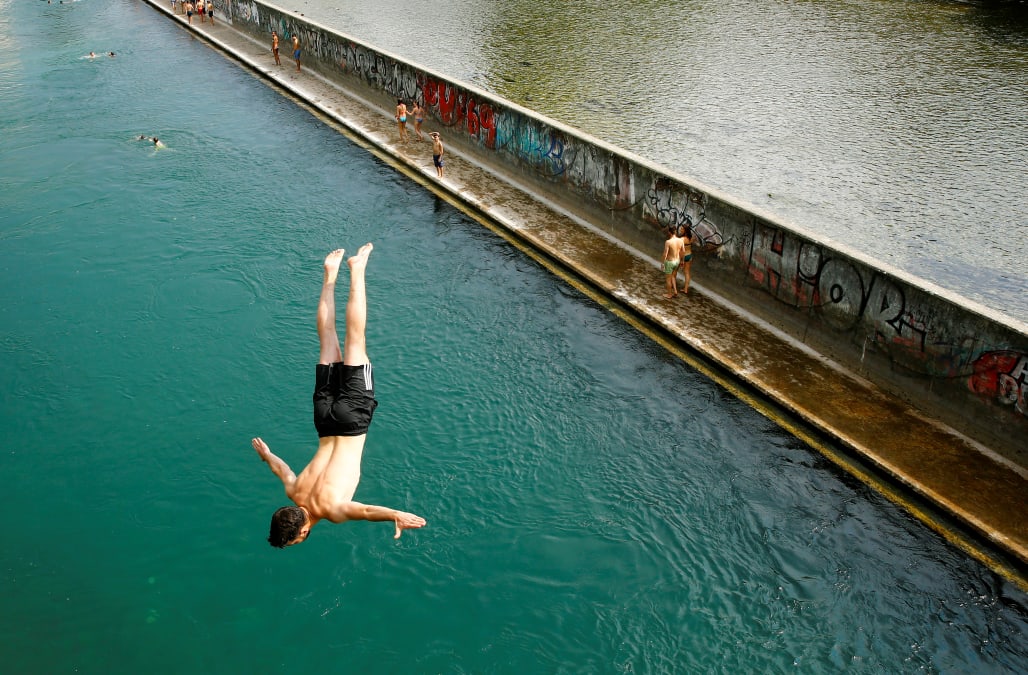 LONDON (Reuters) - Europe's death toll from weather disasters could rise 50-fold by the end of this century, with extreme heat alone killing more than 150,000 people a year by 2100 if nothing is done to curb the effects of climate change, scientists said on Friday.

In a study in The Lancet Planetary Health journal, the scientists said their findings showed climate change placing a rapidly increasing burden on society, with two in three people in Europe likely to be affected if greenhouse gas emissions and extreme weather events are not controlled.

The predictions, based on an assumption of no reduction in greenhouse gas emissions and no improvement in policies to reduce the impact of extreme climatic events, show European weather-related deaths rising from 3,000 a year between 1981 and 2010 to 152,000 a year between 2071 and 2100.

"Climate change is one of the biggest global threats to human health of the 21st century, and its peril to society will be increasingly connected to weather-driven hazards," said Giovanni Forzieri of the European Commission Joint Research Center in Italy, who co-led the study.

He said that "unless global warming is curbed as a matter of urgency", some 350 million Europeans could be exposed to harmful climate extremes on an annual basis by the end of the century.

The study analyzed the effects of the seven most harmful types of weather-related disaster – heat waves, cold waves, wildfires, droughts, river and coastal floods and windstorms – in the 28 countries of the European Union, plus Switzerland, Norway and Iceland.

The team looked at disaster records from 1981 to 2010 to estimate population vulnerability, then combined this with modelling of how climate change might progress and how populations might increase and migrate.

A view of the Blomstrand Glacier, on June 16, 2016, in Ny-Alesund, Norway. US Secretary of State John Kerry and Norwegian Foreign Minister Borge Brende toured the glacier, and made remarks about climate change. Kerry is visiting Norway's extreme north to view areas impacted by climate change with melting ice and the opening of new sea lanes.

Sunlight shines just after midnight on a fjord near the Norwegian Arctic town of Longyearbyen, April 26, 2007. The sea water is normally frozen solid at this time of year but global warming may be warming the region.

Wild reindeer forage for food on the island of Spitsbergen on the Svalbard archipelago in the Arctic circle as the Norwegian islands enter summer 'midnight sun' season.

US Secretary of State John Kerry (L) and Norwegian Foreign Minister Borge Brende (C) make a tour of the Blomstrand Glacier on June 16, 2016, in Ny-Alesund, Norway. Kerry is visiting Norway's extreme north to view areas impacted by climate change with melting ice and the opening of new sea lanes.

A reindeer walks on snow on June 4, 2010 in Ny-Alesund in the Svalbard archipelago.

Dutch scientist Appy Sluijs enters a cave at the bottom of the Longyearbyen glacier April 25, 2007 which has been shrinking fast in recent years. Many experts link the thaw to global warming.

Screen grab from video I shot shows UN Secretary General Ban Ki-Moon pointing towards glaciers in the distance as Kim Holmen, research director at the Norwegian Polar Institute, shows the UN chief around the atmospheric measuring station in Ny-Aalesund, a climate change research station on the Norwegian island of Svalbard 0n September1, 2009. Ban is on a two-day trip to the Arctic Circle to see first-hand the effects of climate change ahead of key international climate talks in Copenhagen in December.

A reindeer is pictured on June 4, 2010 in Ny-Alesund in the Svalbard archipelago.

The sun shines low in the sky just after midnight over a frozen coastline near the Norwegian Arctic town of Longyearbyen, April 26, 2007. The sea water is normally frozen solid at this time of year but global warming may be warming the region.

The results also predicted a substantial rise in deaths from coastal flooding, from six deaths a year at the start of the century to 233 a year by the end of it.

The researchers said climate change would be the main driver, accounting for 90 percent of the risk, while population growth, migration and urbanization would account for 10 percent.

Paul Wilkinson, a professor at the London School of Hygiene and Tropical Medicine who was not involved in the research, said its findings were worrying.

"Global warming could result in rapidly rising human impacts unless adequate adaptation measures are taken, with an especially steep rise in the mortality risks of extreme heat," he said.