Scientists say Miami could cease to exist within our children's lifetimes 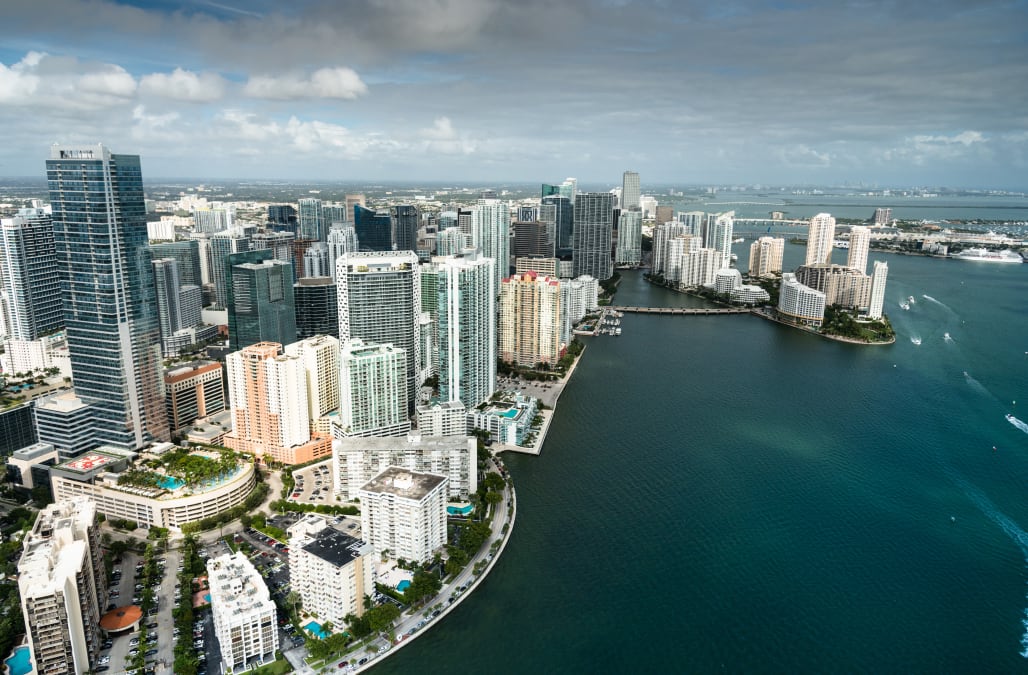 Miami, a city of 430,000 people, could disappear within the century if the worst climate change predictions come true.

New York Magazine's David Wallace-Wells spoke with dozens of climatologists and researchers in related fields for an investigation on the outcomes of climate change if aggressive preventative action isn't taken. The results were not pretty.

"Most people talk as if Miami and Bangladesh still have a chance of surviving; most of the scientists I spoke with assume we'll lose them within the century, even if we stop burning fossil fuel in the next decade," Wallace-Wells said.

Foods that could go extinct due to climate change

There are many reasons why avocados are more expensive now than ever before, including a farmers' strike. But the biggest threats to avocados are rooted in environmental issues linked to climate change: hot weather and droughts have caused problems everywhere from California to Australia. Avocados are weather-sensitive and slow growing — making them especially susceptible to the effects of climate change.

In September, a report from the nonprofit Climate Institute concluded that the area around the world fit for coffee production would decrease by 50% due to climate change. In addition to dealing with drought, climate change has made coffee crops more vulnerable to diseases like coffee rust, which have wiped out more than a billion dollars in crops.

Warmer and more extreme weather is hurting hops production in the US, reports ClimateWatch Magazine.

And droughts could mean less tasty drinks. Some brewers fear that a shortage of river water may force them to brew with groundwater — a change that the head brewer at Lagunitas said "would be like brewing with Alka-Seltzer," according to NPR.

Drills are snails that attack and eat oysters. They're already a multi-million dollar problem for the oyster industry that could get worse thanks to warming water temperatures.

Climate change is already shifting maple syrup tapping season and impacting the quality of syrup, according to Climate Central. Southern producers fear that eventually, areas like Virginia won't get cold enough for maple syrup production, even during the chilliest time of the year.

Indonesia and Ghana, which have historically had ideal climates for growing cocoa beans, are already seeing decreased yields of cocoa. Chocolate companies, like Mars, have hired meteorologists to study the impact of changing weather patterns and attempt to reduce damage.

"If climate conditions in these growing areas begin to change over time, it may influence both the supply and quality available of an ingredient that we use in our products," Katie Johnson, a senior manager on the commercial applied research team, told Business Insider in September. "Anticipating what the climate will be like 10, 20, or even 100 years from now is difficult, though the better we can understand what the different climate scenarios and risks to our supply chain are, the more prepared we can be in the future."

If ocean waters increase more than five degrees, baby lobsters may not be able to survive, according to research by the University of Maine Darling Marine Center and Bigelow Laboratory for Ocean Sciences, the Guardian reported.

The United Nations’ Intergovernmental Panel on Climate Change has said that the Gulf of Maine will reach that temperature by 2100. In other words, Maine's lobsters could go from a more than $330 million business to extinct in 84 years.

Located at the mouth of the Miami River on the lower east coast of Florida, Miami averages at around 6 feet above sea level, according to CityData.com and NASA. South Florida as a whole anticipates two feet of sea level rise by 2060.

Within the century, a combination of polar melting, carbon emissions, and ice-sheet collapses could cause chronic flooding to wipe out Miami — and as many as 670 coastal communities, including Cambridge, Massachusetts; Oakland, California; St. Petersburg, Florida; and four of the five boroughs of New York City, according to National Geographic.

In January, a report from the National Oceanic and Atmospheric Agencyhinted at the possibility of an "extreme" sea-level rise scenario that would support these predictions.

Research group Climate Central took the projections laid out in NOAA's report and created a plug-in for Google Earth that shows how catastrophic the damage would be if the flooding happened today. You can install it (directions here) and see anywhere in the US. In the year 2100, you might need a rowboat to pass through it. Climate Central's plugin for Google Earth shows a sea level rise of 10 to 12 feet, which would cause the Atlantic Ocean to wash over Miami and the Miami River to overflow.

Everyone that lives in Miami would need to evacuate long before. Those high-rises could have a different kind of ocean view by the end of the century. Marlins Park may have a retractable roof, but that won't save it from sea level rise. The Miami Marlins will require a name change. University of Miami, located south of downtown Miami in Coral Gables, hosts over 16,000 students from around the world. SEE ALSO: Disturbing before-and-after images show what major US cities could look like in the year 2100