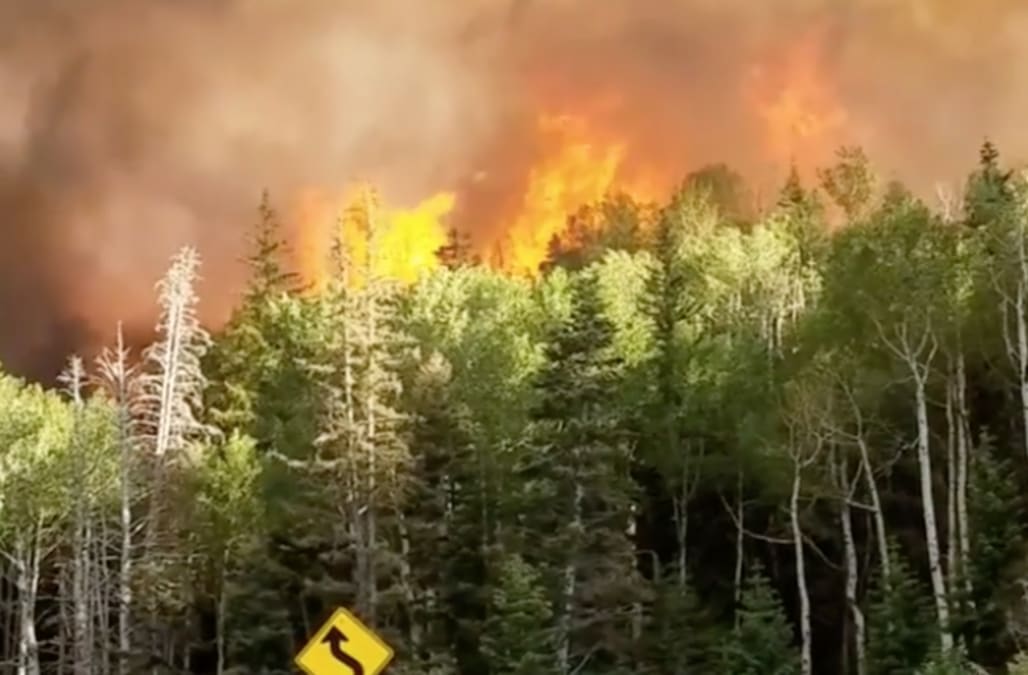 Officials said the fire swelled to 27,744 acres Friday morning, gaining about 17,000 acres in a day.

Authorities said the fire is only 5 percent contained, down from the previous 15 percent.

Fire officials said it is hard for them to make major progress on the burn without putting crews in extremely unsafe conditions.

The weather is against the firefighters again Friday with 55 mph wind gusts and hot temperatures.

Authorities said more homes have been damaged but have not yet confirmed numbers; they are working to notify the owners before releasing that information.

Thursday night the winds shifted to a northerly flow, causing the fire to descend into Clear Creek Canyon and to move south in the easternmost corner, near Rainbow Meadows.