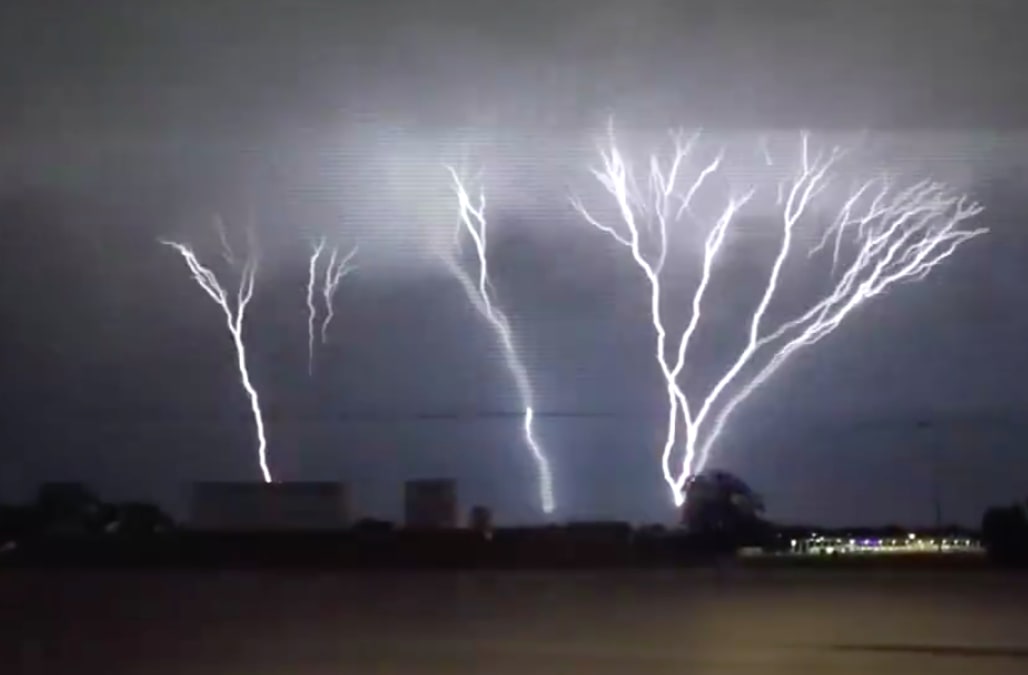 A spectacular storm lit up the skies above Oklahoma City, Oklahoma, on Thursday -- and you've probably never seen anything like it before.

Footage of the rare 'upward lightning' shared on The Weather Channel's Facebook page shows bright streaks of light blazing across the sky from the ground up into the clouds.

The incredible footage has already been viewed over 737,000 times since it was posted on May 19.

So, what exactly causes this awesome phenomenon?

According to the Royal Meteorological Society:

The most important finding about upward lightning is that it primarily occurs when there is a nearby positive cloud-to-ground flash. The electric field change caused by the preceding flash causes an upward positive leader to initiate from a tall object such as a building, tower or wind turbine. It is the shape of the tall object and the resulting enhancement in the electrical field that makes it possible for an upward leader to form following a nearby flash.

Basically, upward lightning occurs due to intense electric fields concentrated at the tips of tall structures during lightning storms.

Electric fields are the strongest around these large grounded objects, such as trees and tall buildings, whose tops are closest to the base of the thundercloud.

When the electric field around these objects becomes excited enough, positively charged ionic channels, aka upward lightning, may escape from their tallest points, creating a stunning natural light show like the one seen in Oklahoma City.