The first photos from a revolutionary new weather satellite are gorgeous 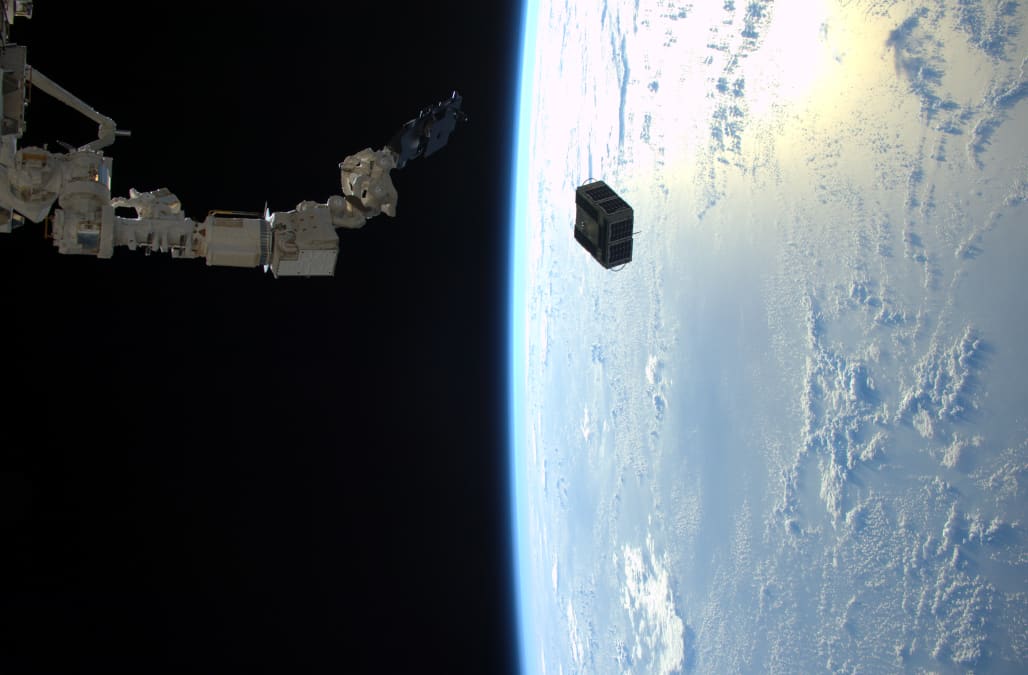 The first photos taken by a new, revolutionary weather satellite orbiting Earth show our planet in a stark new light.

The high resolution photos snapped by the National Oceanic and Atmospheric Administration's (NOAA) GOES-16 satellite show the Earth as seen in different wavelengths of light and also include a particularly stunning shot of the moon peeking out just above the cloudy planet.

Although the image of the moon and Earth shining together is beautiful, it also serves a purpose. Scientists used the lunar body to calibrate the new spacecraft's camera.

GOES-16 — previously called GOES-R —is currently in an orbit about 22,300 miles from Earth.

"One of our GOES-16 scientists compared this to seeing a newborn baby's first pictures — it's that exciting for us," Stephen Volz, director of NOAA's Satellite and Information Service, said in a statement.

Check out the images below:

Dust can be seen off the coast of the African continent on the right side of this image.

"These images come from the most sophisticated technology ever flown in space to predict severe weather on Earth," he added. "The fantastically rich images provide us with our first glimpse of the impact GOES-16 will have on developing life-saving forecasts."

GOES-16 marks a major leap in technology for NOAA.

The satellite's high-resolution images should help scientists track lightning, volcanic ash, water vapor and other variables to better predict what weather is like around the United States.

The advanced satellites scans the planet five times faster than earlier GOES spacecraft, NOAA said, and it can also take a full photo of the continental United States every five minutes.

GOES-16 also has a mode that allows NOAA mission managers to take images every 30 seconds.

That may not sound like much, but it could be the "difference between life and death" during something like a tornado outbreak, Eric Webster, vice president and director of environmental systems at Harris Corp., told Mashable before the satellite's launch in November 2016. (Harris Corp. built the Advanced Baseline Imager, the main instrument on GOES-16.)

While GOES-16 the first of NOAA's advanced spacecraft for weather monitoring, it won't be the last.

GOES-17 is already in the testing phase, according to NOAA, and two more are planned in the satellite series.