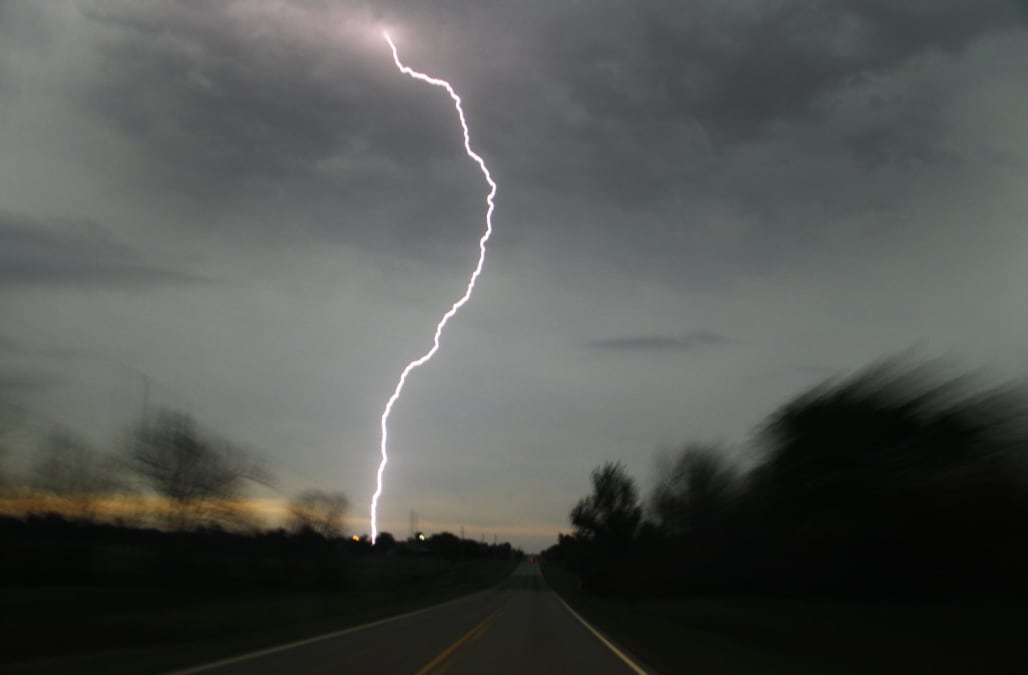 Central and south Florida were bracing for violent thunderstorms on Monday as a weather system that has already killed 19 in Georgia and Mississippi headed south.

"There is a pretty good line of thunderstorms going through Miami all the way through the Florida Keys this morning," Weather Channel meteorologist Kevin Roth told NBC News.

He said that there had been reports of 47 tornadoes across the South since Thursday as four separate waves of severe weather wrought havoc.

The worst of the severe weather has now passed Georgia, Roth added.

Devastating tornado in Alabama
Up Next

He added the tornado total could rise in the coming hours as overnight data from central Florida was analyzed.

At least 15 people were killed in Georgia on Saturday and Sunday. An additional four died in southern Mississippi Saturday when a tornado smashed buildings in the Hattiesburg area.

In Georgia, Dougherty County Coroner Michael Fowler told NBC News Monday morning that at least four people died there due to the severe weather over the weekend — and he said there was a "great possibility" the death toll would continue to rise.

"Search and rescue teams are going from trailer to trailer," he said. "They're so mangled up and destroyed that we've got to go through each one."

In Georgia, neighborhoods were left in ruins, trees were toppled and seven counties north of the Florida border remained under states of emergency late Sunday.

"This is absolutely devastating," Dougherty County Commission Chairman Chris Cohilas said. In a Facebook video while surveying the wreckage, Cohilas compared the destruction in Dougherty County — which isn't one of the counties under an emergency order — to the aftermath of a nuclear bomb.

"I heard my neighbor scream, and it made me rush into the closet," Richardson told NBC News.

Richardson said she was grateful to a friend who walked a mile-and-a-half to check on her.

"She was happy I was okay. Once she saw what was around, it was a blessing," Richardson said.

Recent storms, tornadoes in Indiana
Up Next

Sixty miles southeast, seven deaths were also reported in Cook County, where a twister demolished a mobile home park in the city of Adel, according to WLTV.

A resident there, Karen Moore, told the station that the tornado flipped five double-wide trailers at the Sunshine Acres Mobile Home Park overnight.

"It sounded like a freight train coming through," she said.

Two more deaths were confirmed in nearby Berrien County after a tree fell on a home, the coroner's office said.

"Tornadoes were vicious and powerful and strong, and they suffered greatly," Trump said during a White House ceremony where he was swearing in aides. "So we'll be helping out the state of Georgia."

The storm hit Georgia after leaving a trail of wreckage Saturday in Mississippi, where four people were killed and dozens more were injured.