Showers to dampen inauguration of Donald Trump as 45th US President 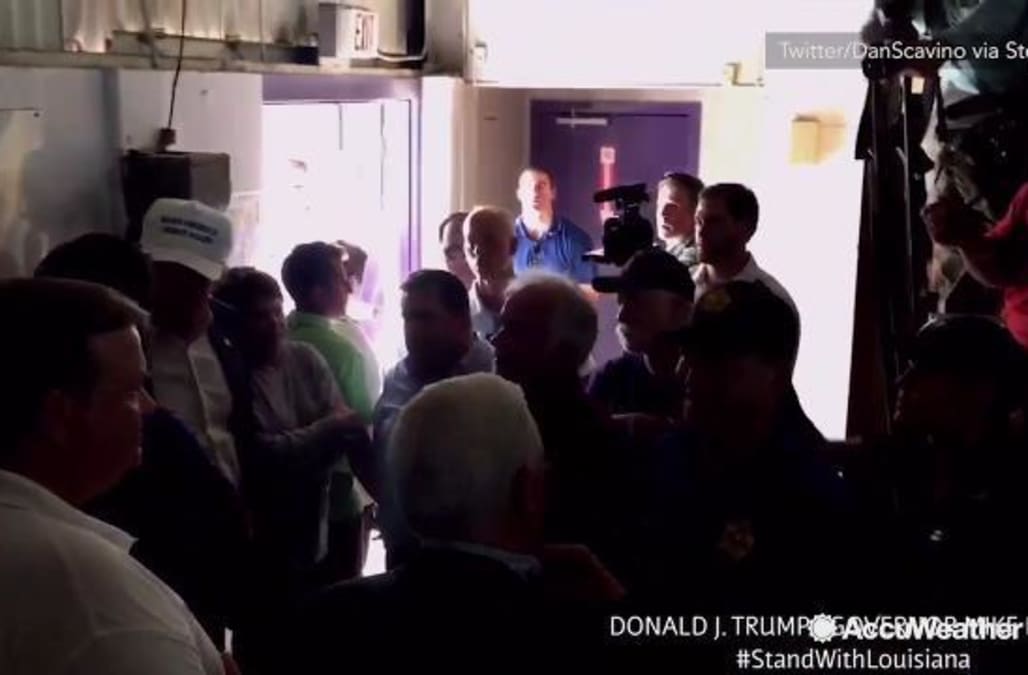 By Faith Eherts for AccuWeather.com

Before this historic event, however, the traditional wreath-laying ceremony will occur at 3 p.m. EST on Thursday at Arlington National Cemetery to honor fallen soldiers.

By 4 p.m. the same day, the President-elect will be in attendance at a welcome celebration in front of the Lincoln Memorial.

On Thursday, partly cloudy and mild conditions are in store for these ceremonies. Winter coats and umbrellas will not be needed.

RELATED: What happens on Inauguration Day

What happens on Inauguration Day

Procession to the Capitol

After the service, members of the Joint Congressional Committee on Inaugural Ceremonies will escort the president-elect, the vice-president elect and their respective spouses to the White House. The president-elect and the outgoing president will hold a brief meeting prior to the swearing-in ceremonies.

The president's swearing-in has taken place at the west front of the Capitol since President Ronald Reagan in 1981. From here, President-elect Donald Trump will "solemnly swear" to "faithfully execute the office of President of the United States."

Since George Washington, all presidents have been expected to deliver a speech. Some of the most memorable speeches are still quoted today, such as F.D.R.'s "nothing to fear but fear itself" and, in 1961, John F. Kennedy's "ask not what your country can do for you — ask what you can do for your country."

Departure of the outgoing president

Following the inaugural ceremony on the Capitol, the outgoing president and first lady will leave the Capitol. The president's departure begins with a little ceremony. The Obamas will continue their immediate post-presidential lives in Washington, D.C.

Once the newly elected president has taken the oath of office and delivered his speech, the Joint Congressional Committee on Inaugural Ceremonies hosts a luncheon in the U.S. Capitol's Statuary Hall. The event typically features the cuisine of the president and vice president's places of origin.

Following the conclusion of the luncheon, Trump and Vice President-elect Mike Pence will lead a procession of marching bands, citizen's groups, and military regiments down Pennsylvania Ave. The parade is organized by the Joint Task Force-National Capital Region, and the Presidential Inaugural Committee select the parade's participants.

The tradition of an inaugural ball starts with George Washington in 1789. In the days since, the ball has become a highlight of the D.C. society, as tickets to get into the inaugural ball are highly coveted. There have been a certain number of balls in recent years: Bill Clinton hit a record of 14 balls during his second inauguration in 1997, while Obama attended 10 official balls for his first inaugural in 2009. Trump will reportedly attend two.

Inauguration Friday will begin with well above-average temperatures - the overnight low will not drop below 40.

"There could be a couple of dry hours to begin Friday before rain moves in for much of the day," said AccuWeather Meteorologist Kyle Brown.

By the time President Obama and President-elect Trump travel together down Pennsylvania Avenue on Friday morning, temperatures will be in the upper 40s with showers beginning to move into the Capital.

"This warm air will remain in place for Friday and Saturday, with afternoon high temperatures 10-15 degrees above normal," said Brown.

Despite an average high of 43, temperatures are expected to reach into the low 50s by early afternoon.

"Those in attendance Friday will be able to ditch the heavy winter coats, but rain jackets and umbrellas will be essential," said Brown.

While a wash-out is not expected, on-and-off rain showers will interfere with outdoor events throughout the day, including the oath of office and inaugural address. All are set to take place beginning at 11:30 a.m. at the West Front of the Capitol building and last through the early afternoon.

More from AccuWeather:
Record warmth to build in eastern half of US ahead of possible central US snowstorm
Snow, ice and rain slow travel in northeastern US
Winter Weather Center 2017

Similarly mild and wet weather is in store for the Inaugural parade on Friday afternoon. Waterproof shoes should be donned by any planning to attend, as streets, sidewalks and grassy areas will be wet.

However, a gathering predicted to be the largest in American history will take place in the nation's capital on Saturday.

The Women's March on Washington is set to begin with a peaceful rally at 10 a.m. on Saturday, Jan. 21 at the corner of Independence Avenue and Third Street.

"Dry air will move in later Friday night and will provide a dry day Saturday as high pressure builds in temporarily," said Brown.

While clouds are expected to stick around through much of Saturday, warm and dry weather will greet marchers.

"There could even be a peak of sunshine later in the day Saturday," said Brown.

Heavy weather-resistant clothing will be unnecessary for those in attendance, though waterproof walking shoes will be essential for those traversing the wet streets.

Those participating in one of over 600 "Sister Marches" across the country should be sure to check their local forecasts frequently and take precautions to dress appropriately.