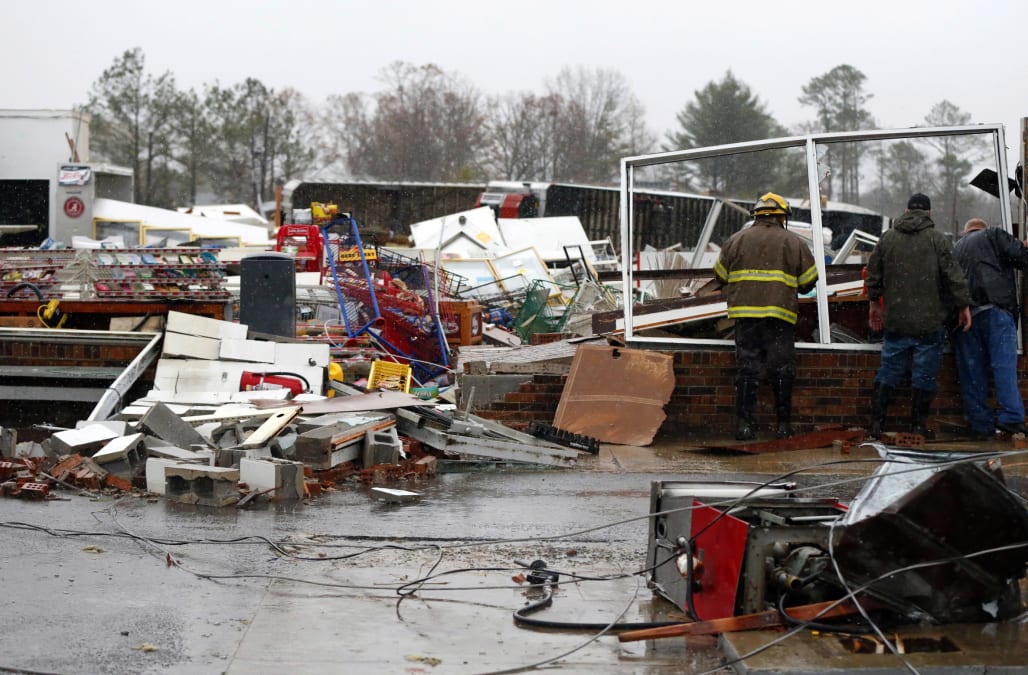 Four people were killed in a single home when a tornado touched down Monday night in the town of Rehobeth in southeast Alabama, a spokeswoman for the Dothan-Houston County Emergency Management Agency told NBC News. No identities were immediately available.

In DeFuniak Springs, Florida, the body of a 70-year-old man was found floating Monday afternoon in floodwaters outside his travel-trailer, the Walton County Sheriff's Office said. The death was ruled an accidental drowning.

"We've had as much damage in this tornado as we've had in hurricanes that we've gone through," said Patti Hall, the zoo's director.

Flash flood warnings remained in affect across southern Alabama near midnight Monday. Flash flood watches were in effect over a much larger region from western Alabama through western South Carolina through Tuesday, the National Weather Service said.

The system is expected to hang around until at least early Wednesday over Georgia and Florida, according to the weather service, which said some areas could get as much as 2 more inches of rain before the system moves offshore.

More from NBC News:
Thundersnow, Lots of Accumulation as Storm Hits New England
The 5 Biggest Questions About the Universe (and How We're Trying To Answer Them)
11 Surprising predictions for 2017 from some of the biggest names in science