Rare nationwide cold snap to ring in the New Year across U.S. 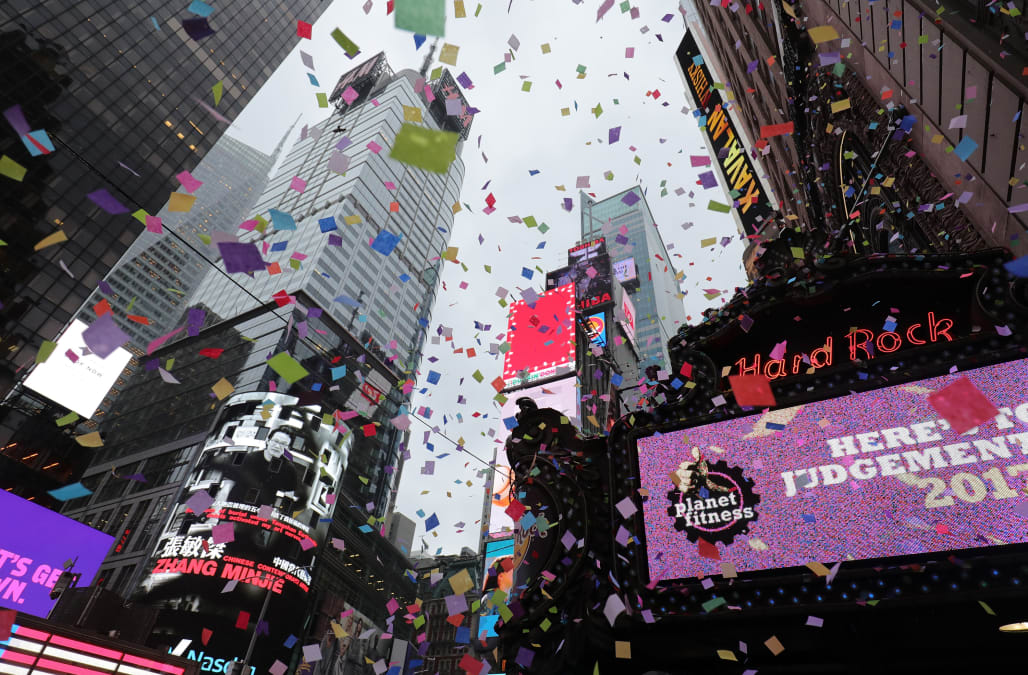 January 2017 will start off unusually cold across the entire lower 48 states, in an unusually expansive and intense cold snap. The frigid weather, with possibly as many as 15 states seeing below-zero Fahrenheit temperatures at times, will start in the Pacific Northwest, northern Plains and Upper Midwest, and then creep eastward like a slow motion weather train wreck.

Temperatures will be 10 to 30 degrees Fahrenheit below average for this time of year starting around Jan. 5, with the hardest hit states — North Dakota, Minnesota and Montana — possibly seeing temperatures staying below zero for multiple days next weekend.

The core of the Arctic air will stay locked in across the northern Rockies, Pacific Northwest and Midwest, where temperatures will barely rise above zero for the daytime high in Chicago, Minneapolis, Des Moines and Billings, Montana.

RELATED: Check out the gear to help you survive a cold, snowy winter

Typical cold spots, such as International Falls, Minnesota and Yellowstone National Park in Montana could see low temperatures bottom out near minus-20 degrees Fahrenheit overnight on Jan. 6 or 7.

The cold will sweep south and east late in the week, reaching the Gulf Coast and big cities along the eastern seaboard in time for the first full weekend of the year. The only exception to the cold weather — and your best shot at a warm weather vacation spot for the week — is Florida.

Temperatures have been running well above average for the winter so far, and that doesn't look likely to change anytime soon.

The geographic scope of this cold outbreak, along with its severity are both noteworthy.

According to a climate outlook from the National Oceanic and Atmospheric Administration (NOAA), a huge swath of the country has a 90 percent probability for below-average temperatures during the next 6-to-10 days.

Today's (Dec 29) 6-10 Day Outlook from CPC has the largest extent of 90% prob. for below normal temps in the 15-year history of the outlook. pic.twitter.com/WVjaFt6zjk

Brian Brettschneider, a climatologist at the University of Alaska at Fairbanks, said in a tweet that this is the largest area in the 15-year history of this outlook.

The widespread dark blue shading on the map shows that forecasters have high confidence of below average temperatures for much of the lower 48 states. (It doesn't indicate exactly how cold temperatures will be when compared to average.)

Several storm systems will accompany this cold air outbreak, dumping snows on the Pacific Northwest and mountains of northern California, delivering more snow to skiers in parts of the Rockies, and potentially spawning a winter storm along the East Coast on Jan. 6 and 7.

The cause of the cold air is a large buckling of the jet stream that is directing Arctic air southward out of Siberia and northern Canada, in response to upper level winds in both the North Pacific Ocean and the North Atlantic.

BONUS: This frozen lighthouse looks like a fairytale castle