Holiday weather forecast more naughty than nice for US 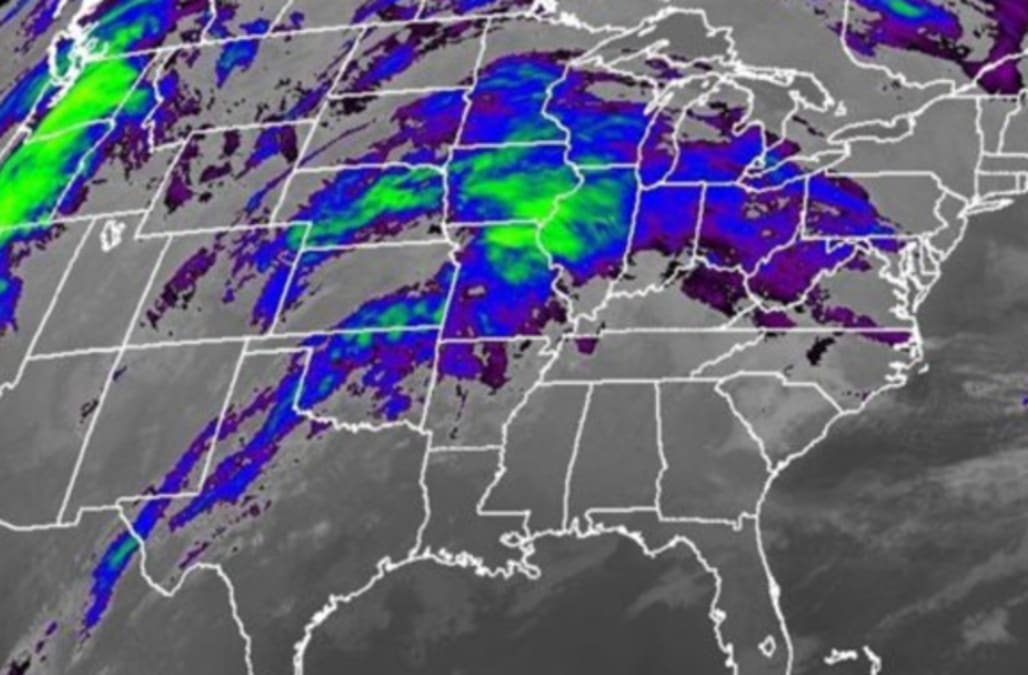 Dec 23 (Reuters) - A winter storm system sweeping the Pacific Northwest on Friday is expected to unleash heavy snow, freezing rain and high winds as it moves across much of the United States over the weekend, making holiday travel treacherous, forecasters said.

The storm brought light snow and rain to Seattle in the Pacific Northwest as temperatures hovered around freezing. The National Weather Service said as much as 3 inches (7.62 cm) of snow could fall on elevated lowland areas by Saturday morning.

"An expansive storm system moving into the western U.S. (Friday) afternoon will make for an eventful holiday weekend across much of the Nation," the National Weather Service said in a forecast.

The storm system will first dump rain across much of the West Coast, including Southern California, where showers and thunderstorms could trigger flooding for some areas, the NWS said.

The storm will move east on Saturday, spreading snow across the Rockies and into the northern plains through Sunday, Christmas Day, the service said.

The deteriorating weather may derail travel plans for some of the 94 million Americans who the American Automobile Association says will hit the roads during the holidays.

Signs of how bad weather may cause disruptions for holiday travelers continued for a second day on Friday as 519 U.S. flights were canceled, according to flightaware.com.

A blizzard watch was in effect for the area around Bismarck, North Dakota, where as much as a foot (30 cm) of snow and heavy winds will lead to dangerous Christmas travel conditions, the NWS said.

"Blizzard conditions are possible across portions of the northern plains on Christmas Day, where snow along with winds gusting in excess of 60 mph (97 kph) could create very dangerous travel conditions," the NWS said.

A separate fast-moving system will bring light snow and rain on Friday to Michigan, Illinois, Wisconsin, and Ohio, the NWS said.

As their neighbors to the north deal with winter weather, people in southern Missouri, Kentucky and Tennessee will enjoy unseasonably warm weather on Christmas Day, as temperatures are likely to soar into the 60s F, according to the NWS.

Even so, during the evening, those areas could see rain and a few thunderstorms, the NWS said. (Reporting by Brendan O'Brien in Milwaukee; Editing by Bill Trott and Diane Craft)