US Christmas travel: Snow to coat Northeast, storm to disrupt travel across West 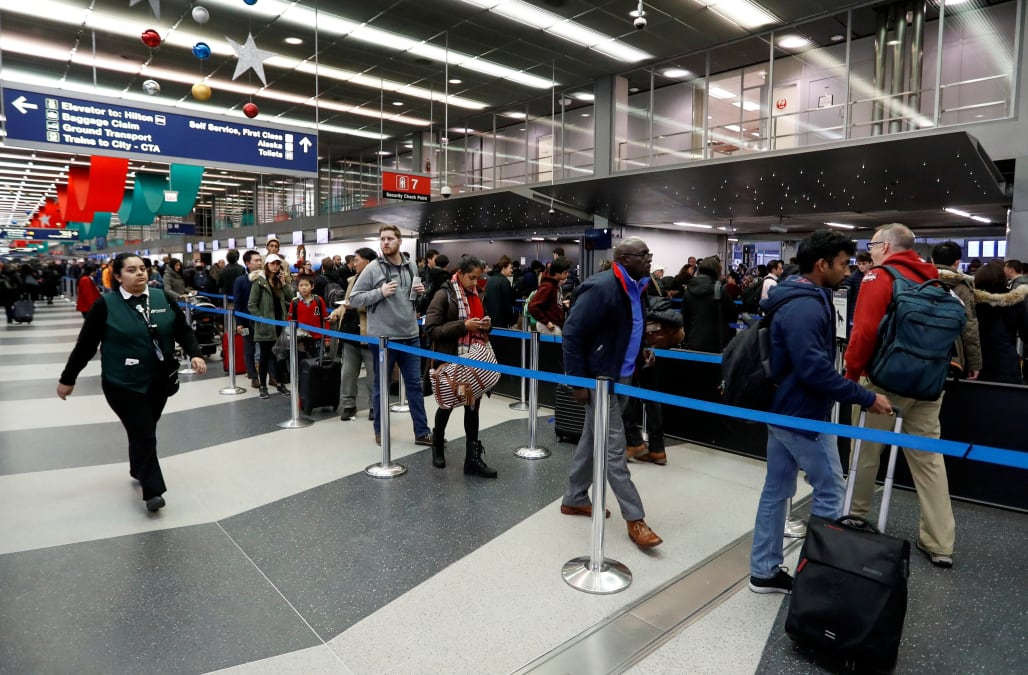 By Renee Duff for AccuWeather.com

Areas of rain and snow will cause tricky Christmas travel for some across the nation late this week.

A record-breaking 103 million Americans are expected to travel from Dec. 23 to Jan. 2, according to the American Automobile Association (AAA).

Snow may slick roads across parts of Northeast

A fast-moving storm will spread light snow and rain across part of the Northeast on Thursday.

RELATED: US cities that can expect a white Christmas

US cities that can expect a white Christmas
Dan Glisczinski makes his way to an appointment by bicycle following a snowfall in Duluth, Minnesota November 10, 2014. An arctic blast began to dump heavy snow in parts of the northern Rockies, Plains and the Great Lakes regions on Monday and meteorologists said temperatures are expected to plummet throughout the United States. In Minnesota, police said dozens of car crashes marked the season's first snow as drivers struggled with slippery roads.REUTERS/Robert King/Duluth News-Tribune (UNITED STATES - Tags: ENVIRONMENT)
Horses in snow, Sun Mountain Lodge, near Winthrop, Eastern Washington
ASPEN, CO - DECEMBER 20: Atmosphere at The 2013 World Snow Polo Championship on December 20, 2013 in Aspen, Colorado. (Photo by Jason Bahr/Getty Images for The St. Regis Aspen Resort)
Jackson Hole, Wyoming, Ski Lift Line. (Photo by Education Images/UIG via Getty Images)
This is a shot of Mount Rainier from Paradise during a early winter snow covering.
Up Next

"Any precipitation in the Northeast will generally be along and north of Interstate 80," AccuWeather Meteorologist Ryan Adamson said.

The greatest threat for a couple inches of snow to accumulate and cause slick roadways will be from upstate New York to Maine.

"Ground and air travel along the East Coast look better on Friday with dry weather up and down the I-95 corridor," AccuWeather Senior Meteorologist Dan Pydynowski said.

More from AccuWeather.com:
5 of the coldest cities in the world
America's best towns for the holidays
America's favorite cities for Christmas lights

One storm will move across Southern California and the Four Corners region with areas of rain on Thursday. Another area of rain and snow will push inland across the Pacific Northwest.

Motorists will need to be wary for the threat of ice at the onset of the storm across central and northern New Mexico, northeastern Arizona and southwestern Colorado.

A major storm will then take shape farther to the west on Friday.

Heavy rain and rapidly falling snow levels are in store from Oregon to California on Friday. The treacherous travel conditions will expand across the Four Corners region on Saturday.

Difficult and dangerous travel is in store across the major passes of California, especially Friday night into Saturday.

Ice may glaze roads in central US

A storm moving across the Southwest on Thursday will emerge over the southern Plains with light rain and an icy mix by Friday.

Areas of freezing drizzle can develop late Thursday night into Friday morning from the Texas Panhandle to the central Plains. This includes areas from Amarillo, Texas, to Kansas City, Missouri.

Some of the wintry weather will reach the Midwest, including Chicago and Minneapolis, later in the day.

The precipitation will tend to be spotty in nature, but even a small amount of ice or snow can cause extremely treacherous roadway conditions. A more potent and far-reaching storm will follow on Christmas Day.

The threat for some wet and wintry weather will move into the Northeast by Christmas Eve.