Frozen Michigan lighthouse is straight out of Narnia 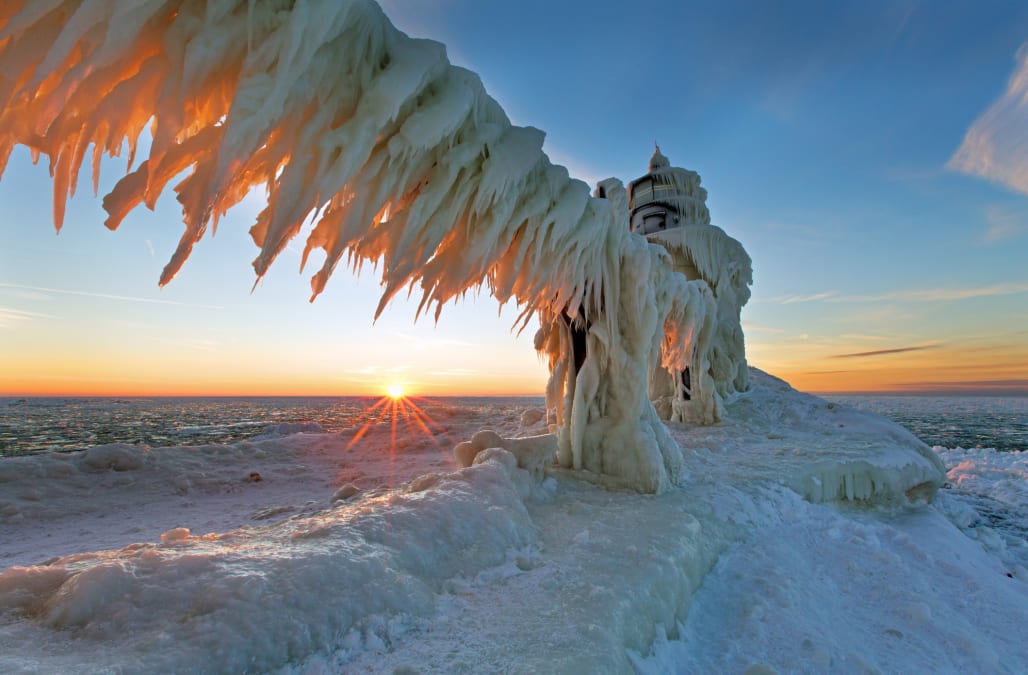 It's been really, really cold in some parts of the country this week (don't say we didn't warn you) but one side effect has been some incredible images like this lighthouse in St. Joseph, Michigan, along the southwest shores of Lake Michigan.

The ice-covered Cleveland Harbor West Pierhead Lighthouse is seen momentarily illuminated by sunlight, near Cleveland, Ohio, in this photograph taken and released by the U.S. Coast Guard December 14, 2010. High winds and subzero air temperatures have caused waves to crash onto lighthouses and other aids to navigation all across the Great Lakes, and freeze, coating the structures and their lights in multiple layers of ice.

Ice covers a house near Scituate Lighthouse after waves washed over the seawall during a Nor'easter winter storm in Scituate, MA. , 20 miles south of Boston, MA on January 3, 2014. The winter storm dumped up to 2 feet of snow on the Boston area with temperatures hovering near zero.

Japan, Hokkaido, Abashiri, View of lighthouse at Cape Notoro with sea of okhotsk.

The lighthouse of Westerhever in winter, Schleswig-Holstein, Germany

Another terrific video, captured by photographer Joshua Nowicki gives you an even closer look at the frozen castle that looks straight out of a fairy tale.

Temperatures remained in the teens on Sunday in the area with wind chills that made it feel like several degrees below zero, so you might want to enjoy these images from warm confines of your home instead of venturing outside for an up-close look.

Video of elusive ghost shark is both majestic and creepy

Watch Metallica rock out to 'Enter Sandman' at the supermarket