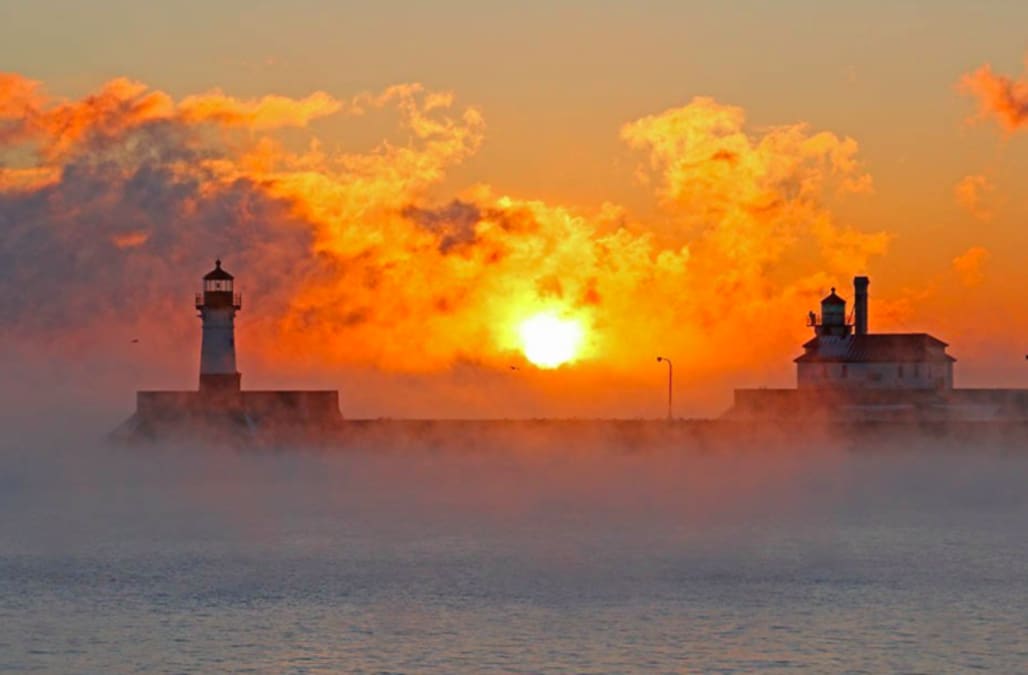 Mystical clouds of sea smoke arose over bodies of water across the East Coast, from Lake Michigan to the Atlantic, this week as the polar vortex took hold.

Their dreamy look is the result of water and air temperatures intermingling, as cool air blows over comparatively warm water and then formulates the clouds of "smoke."

SEE ALSO: Trump falsely claims that nobody knows if global warming is real

From Illinois to New Hampshire, photographers were on hand to capture the beauty of the fog through a number of striking images:

More from Mashable:
Guy's public candlelit confession of love literally goes up in smoke
Teens are partying less than ever, according to new survey
Internet thinks exploding phone victim is CeeLo, but whoever it is, it looks bad