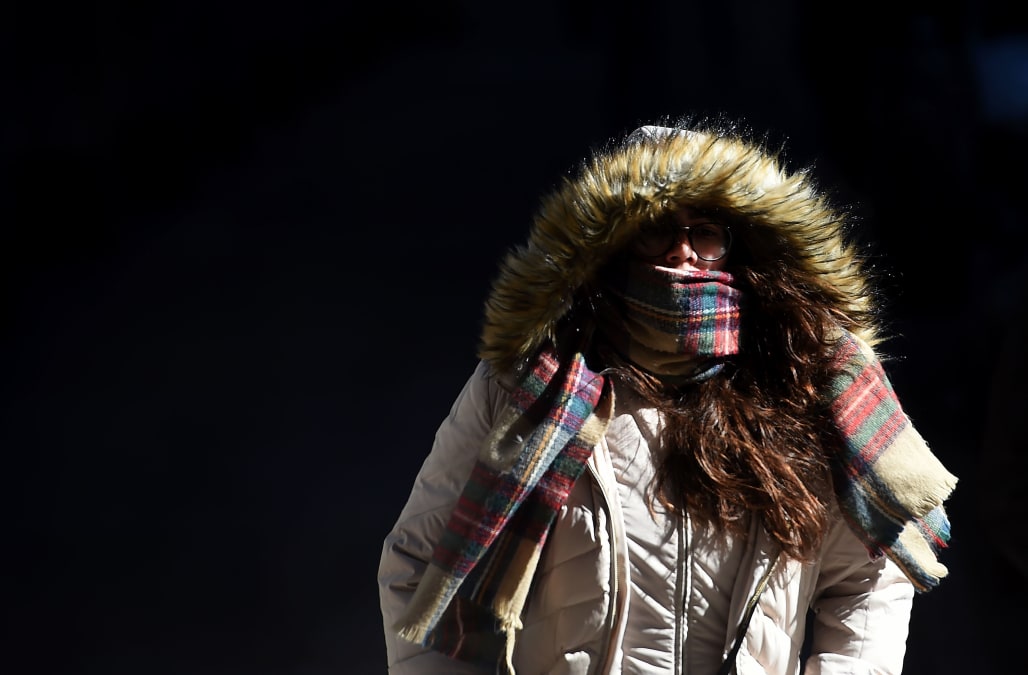 Dec 15 (Reuters) - Residents of the East Coast on Thursday will feel the blast of arctic air that has swept across the U.S. Midwest this week and placed a large swath of the country under a wind chill advisory, officials said.

The arctic air began blowing south from Canada into the Midwest earlier this week, prompting authorities to warn of the risk of frostbite and hypothermia.

A woman whose body was found outside in St. Paul, Minnesota, on Monday has been determined to have died of hypothermia, according to local newspaper the Star Tribune, which cited the medical examiners' office.

The blast of arctic air will spread to the East Coast on Thursday, with the National Weather Service forecasting temperatures in New York City around 25 degrees Fahrenheit (minus 4 degrees Celsius).

"The coldest of the arctic air is just now arriving onto the East Coast," meteorologist Patrick Burke of the Weather Prediction Center said in a telephone interview.

As the region cools, temperatures might drop enough in Boston that on Friday it could approach a record low, Burke said. Other areas along the East Coast as far south as Norfolk, Virginia, will also be unusually cold.

Cold temperatures in the Midwest were expected to persist on Thursday, with certain areas from North Dakota to western Pennsylvania under wind chill advisories, Burke said.

The heaviest snowfall in the nation on Thursday will be around the Great Lakes in Michigan where up to 10 inches (25 cm) of snow was expected, and in parts of the U.S. West where a storm is pushing inland from the Pacific Coast, Burke said.

RELATED: Best products you need to survive a snowy winter

The Sierra Nevada mountain range in California and the mountains around Yellowstone National Park in Wyoming could receive more than two feet (61 cm) of snow, Burke said.

Rain is expected to douse other parts of the West on Thursday, which has prompted the Weather Service to warn of potential flooding in Northern California and Oregon.

When the storm slammed Portland, Oregon, with heavy snow on Wednesday, it caused traffic accidents and forced the closure of some streets and highways. (Reporting by Alex Dobuzinskis in Los Angeles; Editing by Catherine Evans)

More from AOL.com:
The polar vortex is coming: brutal Arctic cold waves heading for US
More than 1,500 flights across Midwest canceled as winter blast rolls east
Millions across Plains and Midwest face heavy snow, deep freeze over the weekend