Giant snowballs in Siberia might be connected to a frosty U.S. winter 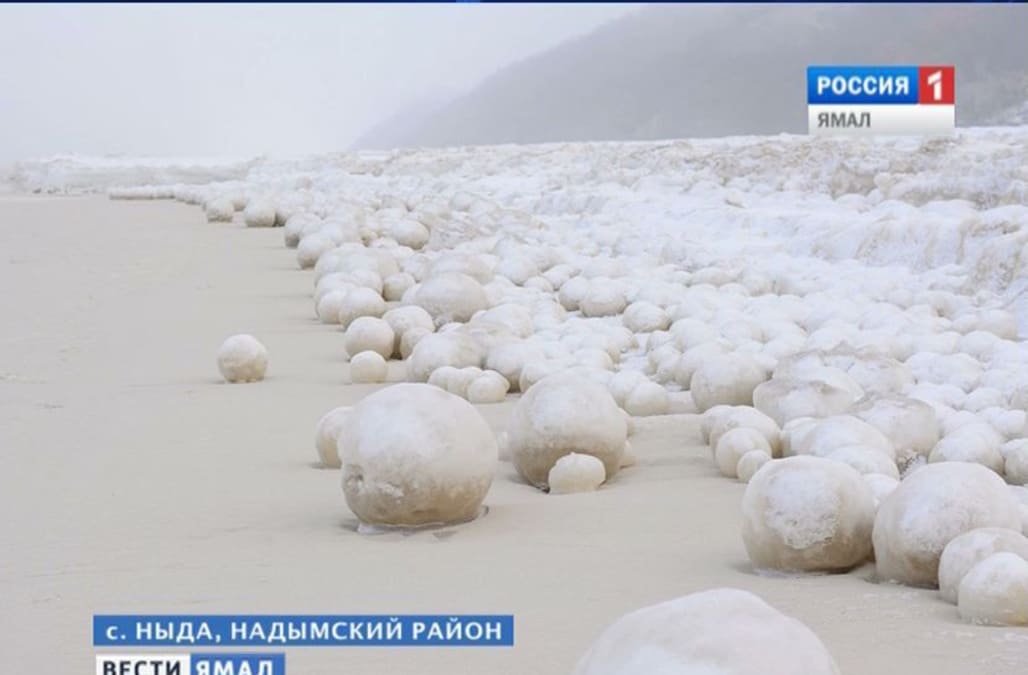 This Siberian snowball fight requires some serious upper body strength, and a helmet.

Giant frozen orbs recently appeared along an 11-mile stretch of Siberian coastline. The largest of the naturally formed snowballs measured nearly 3 feet across, according to Russian news reports.

SEE ALSO: You're probably not going to like the forecast for this winter

This frosty phenomenon is connected to ongoing weather events that could bring heavier snowfall in parts of North America and Western Europe this winter.

See more of the strange snowballs below:

News of the icy beach balls first emerged after residents in the village of Nyda, which sits on the Yamal Peninsula above the Arctic Circle, posted images to social media.

A village administrator told The Siberian Timesthat the snowballs formed in late October after water in the Gulf of Ob rose up onto land and covered the beach in ice. As the water retreated, chunks of the ice rolled over in the wet sand, forming orbs the size of tennis balls, bowling balls and basketballs.

These developments might lead to a snowy winter in parts of the U.S., particularly the Northeast and Mid-Atlantic, as well as in Western Europe.

Some U.S. meteorologists use Siberian snow cover levels in October to forecast how key weather patterns will likely evolve downstream.

Siberia's abundant snow cover last month, and the faster advance of that snow cover, might be linked to a weaker winter polar vortex, which could cause more frequent incursions of cold air into North America and Western Europe.

Perhaps that will bring more giant snowballs to the U.S. Great Lakes.

Icy boulders have similarly appeared in Lake Michigan in recent winters after ice sheets on the lake broke off into chunks and rolled onto shore.

More from Mashable:
Polar vortex about to blast U.S. with coldest air of the season
Polar vortex-type cold wave could freeze parts of U.S. next week
Pokémon theme songs for Japan, Korea and the U.S. are totally different