Extreme storms will be a lot more frequent as climate warms 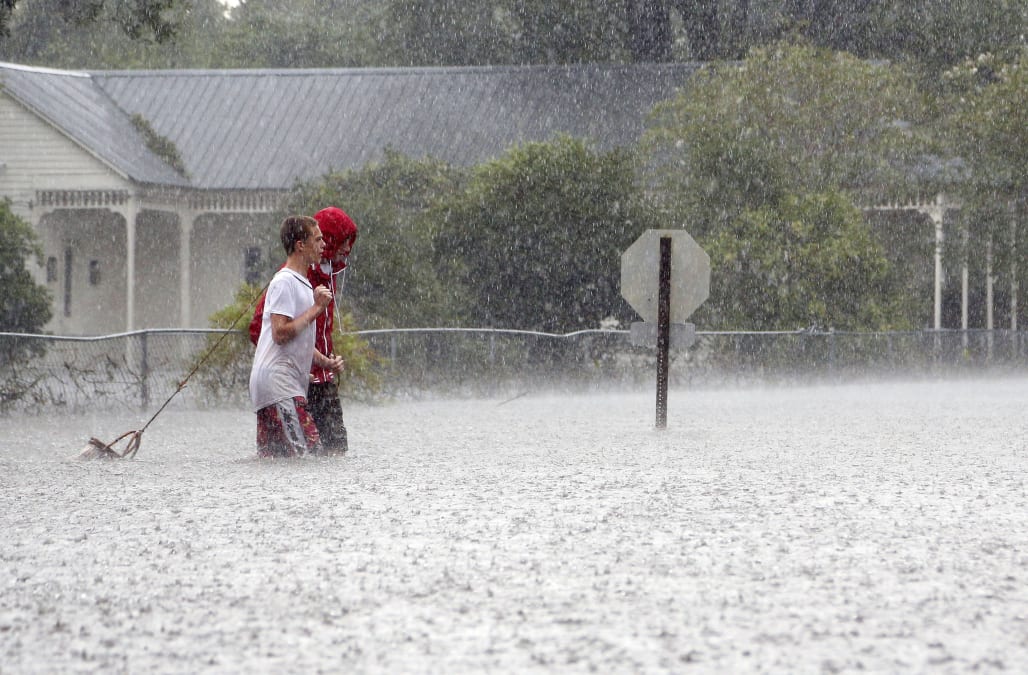 The number of heavy downpours in much of the U.S. could increase five-fold by the end of the century, causing flash floods, mudslides and ruining crops, climate researchers predicted Monday.

People need to start getting ready for these catastrophic storms now, because most places aren't prepared to handle such extreme weather, the team at the National Center for Atmospheric Research said.

And yes, climate change is to blame, the experts said. As the average temperature warms up, the air will get warmer and moister and more prone to these heavy storms, they reported in the journal Nature Climate Change.

"Imagine the most intense thunderstorm you typically experience in a single season. Our study finds that, in the future, parts of the U.S. could expect to experience five of those storms in a season, each with an intensity as strong or stronger than current storms," said NCAR's Andreas Prein, who led the study team.

"Extreme precipitation intensities have increased in all regions of the contiguous United States and are expected to further increase with warming at scaling rates of about 7 percent per degree Celsius, suggesting a significant increase of flash flood hazards due to climate change," the team wrote.

They ran a computer model for their study, plugging in recent details about climate and weather from 2000 and 2013 and adjusting for widely accepted predictions about how average temperatures will rise.

U.N. studies project that average world temperatures are set to rise by at least 5.4 Fahrenheit or 3 degrees C by 2100, based on current trends. And 2016 is expected to be the warmest since records began in the 19th century, beating 2015.

"We showed that hourly extreme precipitation events are projected to significantly increase in almost all North American land regions under the assumption that weather patterns in the future and current climate are similar. Increases in extreme frequencies of up to 400 percent are projected," they wrote.

At the same time, many areas will be drier overall — meaning those heavy rains will wash over desiccated ground. That's a recipe for crop disaster and mudslides.

"The frequency of extremes increases by a factor of more than five in large parts of Canada and over the western U.S. in December, January and February," they added.

Louisiana flooding
Up Next

And that will affect roads, bridges and dams as well as communities built in low-lying areas and on hillsides.

"Extreme precipitation events affect our infrastructure through flooding, landslides and debris flows," said Anjuli Bamzai of the National Science Foundation, which paid for the research.

"We need to better understand how these extreme events are changing."

Weather patterns are unpredictable and climate experts agree that as temperatures warm, weather patterns will become more extreme and unpredictable. That means heavier rain but also heavier snow, floods as well as droughts and changes in ocean circulation patterns that can make some areas colder than they are now.