11 hauntingly beautiful photos of Tokyo in the snow 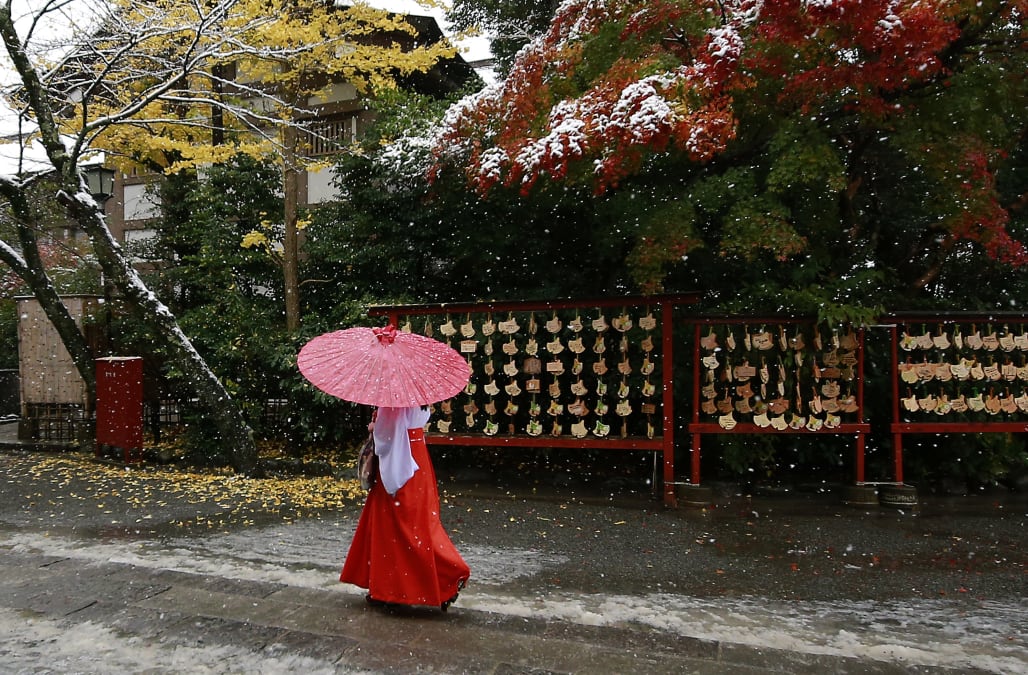 For some cities in the world, snowfall isn't really all that big a deal.

For Tokyo, though — particularly in November — it's incredibly rare. On Thursday, the city was visited by its first November snowfall since 1962.

Here are some stunning photos of Japan's capital city in the snow:

Tokyo has rare snowfall
A photographer takes a picture in snowfall in Tokyo on November 24, 2016. Tokyo woke up on November 24 to its first November snowfall in more than half a century, leaving commuters to grapple with train disruptions and slick streets. / AFP / Kazuhiro NOGI (Photo credit should read KAZUHIRO NOGI/AFP/Getty Images)
Up Next