Man from Down Under looks to end rookie season on top 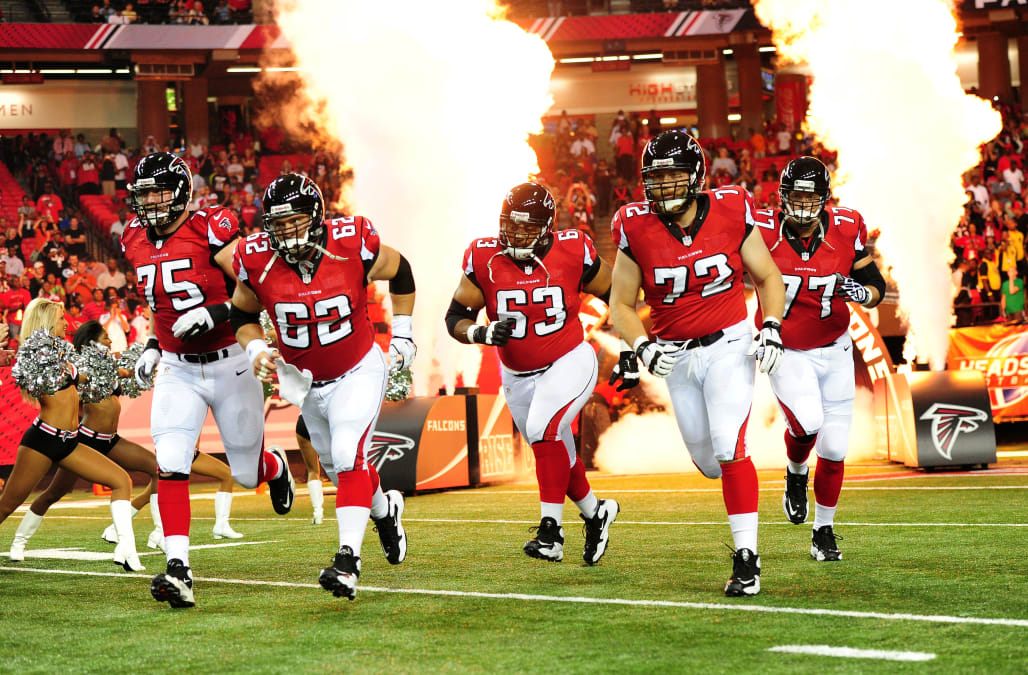 HOUSTON, Feb 2 (Reuters) - Blake Muir has never been to a Super Bowl viewing party but the hulking Australian will be smack in the middle of the United States' biggest bash on Sunday when his Atlanta Falcons play the New England Patriots in the NFL championship game.

To many Americans Muir's journey from Sutherland Shire to the Super Bowl has the ring of a Hobbit-like quest or an over-the-top Hollywood tale that makes Crocodile Dundee's U.S. adventures seem more believable.

At a towering 6-foot, 6-inches (201cm) and 313 pounds (142kg) there is nothing remotely Hobbit-like about Muir, an offensive lineman whose job it is to protect quarterback Matt Ryan, but his road to NFL is one of fantasy.

The rookie has collected paychecks from three teams this season -- San Francisco, Green Bay and Atlanta -- and not yet played in a game but could return home to Australia with a diamond-encrusted Super Bowl ring.

"I tell you this is a party, it's all very interesting but feel very fortunate to be here," Muir told Reuters while soaking up the madness of Super Bowl Opening Night on Monday. "This is my third team already and to wind up going to the Super Bowl is unbelievable.

"It is kind of unique, I haven't had too much time to stop and think or pinch myself because it has been so hectic."

Growing up in a Sydney suburb, a sport-obsessed Muir tried his hand at everything from Australian Rules to surfing lifesaving, while his only exposure to American football came from movies and the "occasional NFL game on TV."

One day Muir and his brother paid a visit to the Sutherland Seahawks Gridiron Club, one of eight teams in a Sydney city league, and found his calling.

"Growing up I played a lot of different sports, I did everything under the sun," said Muir. "I like that it is very unique compared to other sports in Australia.

"Growing up I was interested in American football but there wasn't a whole lot around.

"It is more of a novelty in Australia and one day I just went down to the local club with my brother, grid iron club as they call it in Australia, and that's basically how it all started."

Still, playing in front of family and friends at home is light years removed from the 73,000 that will pack NRG Stadium in Houston on Sunday while hundreds of millions more around the world watch on TV.

Muir's big break came when one of his Sutherland coaches thought enough of his potential to help him get a scholarship to the University of Hawaii and after two years there transferred to Baylor University.

After graduating, Muir signed with San Francisco but was cut before the season started. He was picked up by Green Bay, where he stayed for nearly two month before being signed to Atlanta's practice roster.

"It was pretty rough at times, nothing certain about my future which is never too nice," said Muir. "But I just had faith in myself and the process and that I was doing the right things and that I believe in myself that I can make it at this level."

More from AOL.com:
Falcons' Matthews honors family name in hometown Super Bowl
Jets wide receiver Brandon Marshall says the Falcons have an offensive dynamic that could make life miserable for the Patriots
50 years of elation and heartbreak: Looking back at the history of the Super Bowl